Houston FC Shows Up for Its Community During Global Pandemic 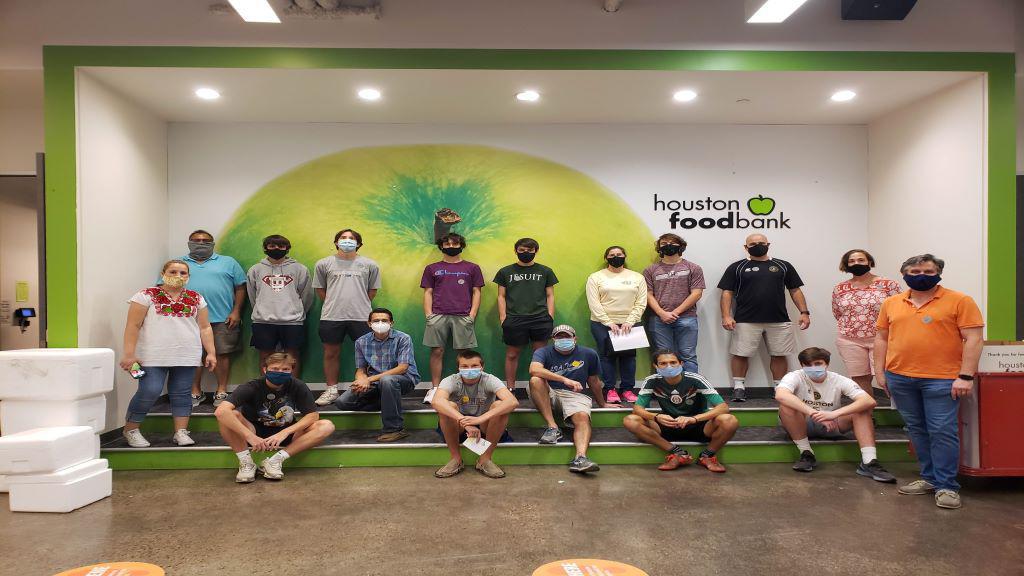 Houston, Texas-Houston FC is built on the principles of respect, discipline and commitment. Although the Texas-based club was not able to exercise these principles on the field in 2020 due to the global health crisis, they were able to use this time to share those principles with the community.

Houston is one of many cities across the globe facing a series of unprecedented challenges presented by the COVID-19 pandemic. With record numbers of families in need of meal options, Houston FC players stepped up to the plate to lend their assistance in aiding the community in getting back on its feet. During the summer, Houston FC mobilized its players to volunteer at the Houston Food Bank, which serves 18 counties with over one million food insecure individuals. Through the combined efforts of Houston community members and Houston FC players, the Houston Food Bank was able to distribute 88 million pounds of food and product during the first four months of the global pandemic.

“It was a way to give back to our community, while also bringing our team together when we could not gather for normal soccer activities,” said Julia Fetzer, member of the HFC Board of Directors and Community Outreach Director. “Our players and families had fun and we provided a service that made us all feel a little better.”

Building off of the summer outings, Houston FC started the 2020 fall season with a new community initiative. Each Houston FC player was challenged with completing a minimum of four hours of community service over the course of the fall season with opportunities to volunteer at polling locations, churches and neighborhood clean-up events, among others. Over the course of four months, Houston FC’s players were able to provide 355 hours of service with over 10 percent of the players volunteering time beyond the four-hour challenge.

In addition to the player’s individual volunteer efforts, Houston FC adopted two charities in 2020, the Houston Food Bank and Kids Meals. With schools being shut down as a result of the pandemic, the Houston-based charity Kids Meals served as a critical connection for children and their families to access meals.  With one in four Houston children experiencing the effects of food insecurity during the pandemic, the mission of this charity hit close to home for Houston FC and drove their efforts to make a difference. In 2020 alone, Kids Meals was able to donate 1.2 million meals to food insecure children in the Houston area.

Houston FC’s initiatives toward community service will not be left behind in the 2020 season as they have already adopted both Houston Food Bank and Kids Meals again for the spring. The players of Houston FC have also stepped up their game and have vowed to exceed the hours of service they completed in the fall season.