Prominent Missouri youth club will compete in the Heartland Division 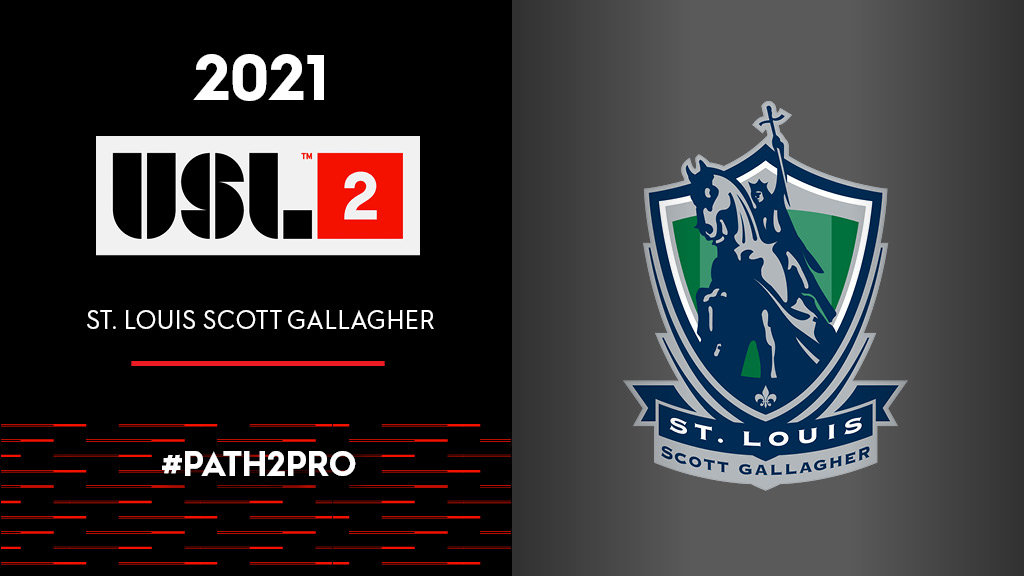 "We’re thrilled to welcome an organization with the pedigree of St. Louis Scott Gallagher to the league," said USL League Two Vice President Joel Nash. "As one of the top youth soccer clubs in the nation, its values align perfectly with League Two’s, and I’m excited to see how the addition of a senior team will bolster the club’s development efforts."

Founded in 2008 by the merger of three prominent clubs in St. Louis Soccer Club, Scott Gallagher Soccer Club and Metro United Soccer Club, St. Louis Scott Gallagher has become respected at the local, regional and national levels. The club counts U.S. men’s national team and Werder Bremen forward Josh Sargent among its alumni, who also played for Saint Louis FC U23 in League Two prior to beginning his professional career.

“We are extremely excited to be joining USL League Two,” said St. Louis Scott Gallagher Club President and former U.S. men’s national team player Brad Davis. “As we continue to push forward and provide our club and members with a great experience, this gives us the ability to provide another platform for our players to develop.

“This is a great addition for our player pathway and we want to thank USL League Two for the opportunity.”

In joining League Two, St. Louis Scott Gallagher will offer a proven platform for its players striving to play professional soccer. On top of the valuable experience of playing in the nation’s most competitive pre-professional environment, League Two also provides growth opportunities for its coaches, executives and communities.