Cameron ‘Creating Something Special’ At Tormenta 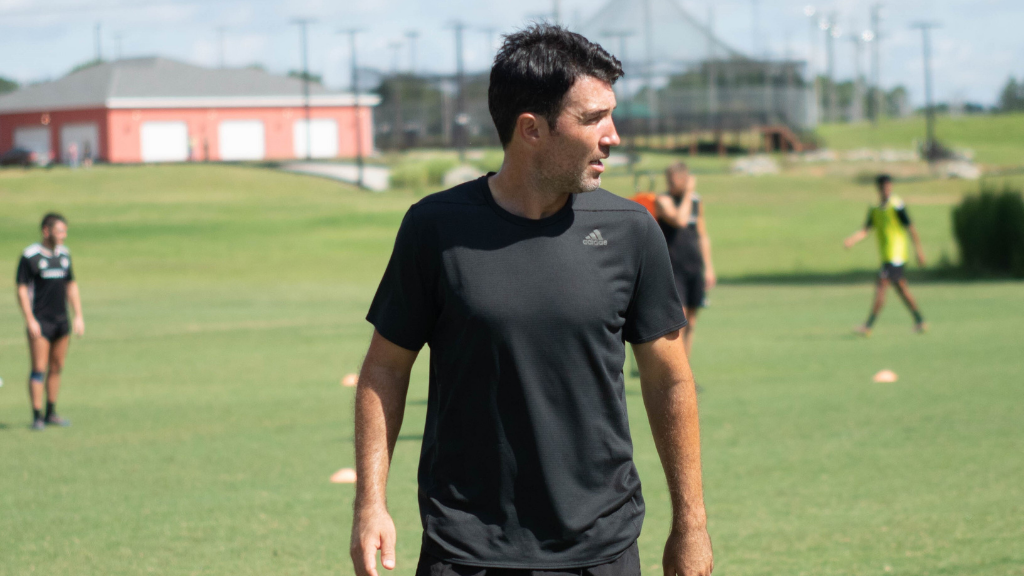 South Georgia Tormenta FC’s emphasis on player development has been obvious to anyone who has paid attention to the club in recent years. Nine players on the club’s 2020 League One roster had experience with Tormenta FC 2 in USL League Two, and a further three were products of the Tormenta FC Academy.

At the heart of that synergy between Tormenta’s professional, pre-professional and youth teams is Head Coach Ian Cameron.

Cameron worked at all three of those levels with Tormenta, often simultaneously: during 2019 and early 2020, Cameron led Tormenta 2 to the Southern Conference title in League Two, coached the Tormenta side at the USL Academy Eastern Conference Regional Event, and served as an assistant coach for the First Team. The 32-year-old Glasgow, Scotland native was promoted to the League One head coaching role in September 2020, following a path resembling the one taken by players now in his charge.

"It remains important to our club that Tormenta FC was first conceptualized as an academy back in 2010," said Cameron. "Nothing resonates more with our fans than watching our League One team line up pregame and seeing homegrown talents stand shoulder-to-shoulder with both League Two graduates and outsourced talents, all going to battle wearing the Tormenta crest."

Having worked with numerous members of the club’s League One squad when they were League Two players, Cameron brings an intimate understanding of Tormenta’s philosophy to his role. Tormenta 2’s success in League Two in 2019 laid the foundation for both Cameron and the players to make the move up to the First Team.

"[Assistant Coach] Tom Morris and I got just about as much out of that summer with the 2019 League Two roster as the players did," said Cameron. "As young coaches we witnessed how important team culture can be. Another massive advantage we had coming in was [then First Team Head Coach] John Miglarese and the owners had already set a great culture here at Tormenta so our boys knew from day one how we operate not only on the field, but in the community too. Those are traits I learned from and we expect to remain with our club indefinitely."

"We really value players who bring a really positive energy when they walk in a room, and who bring life to a soccer game," he said. "Players who are brave in their willingness to be physical in a game, and want the ball under any type of pressure. With these types of guys in our locker room we can set any type of game plan and face any type of opponent. There's no secret that we want to attack teams, but that's made much easier to do with an abundance of the aforementioned attributes."

Cameron had the chance to begin implementing his philosophy at the end of the 2020 season, when he was in charge of the team for its final six League One matches. With Tormenta out of contention for a playoff place, he managed to keep the squad’s motivation high, evidenced by an impressive 1-0 away win against the Richmond Kickers (in second place at the time) and a 4-0 home demolition of New England Revolution II, snapping New England’s five-game unbeaten run.

"The boys did a really nice job of training to a standard befitting of a playoff team," said Cameron of the team’s attitude during the 2020 homestretch. "Now as we approach a new season where we have every chance of being a playoff team, an ever improving training environment will be paramount to everything we aim to achieve."

The prospect of Cameron’s first full season at the helm looms on the horizon in 2021. His objectives for the new campaign, perfectly aligned with the club he serves, are centered around development, community, and togetherness.

"Our main goal is to grow the game of soccer in our community and to make our academy players aspire to be on the field representing the League One team one day," said Cameron. "As a staff we also aim to provide our players an environment conducive to them reaching their individual career goals, while understanding that can only be achieved by creating something special together as a team.

"And a championship would be nice," he admitted.