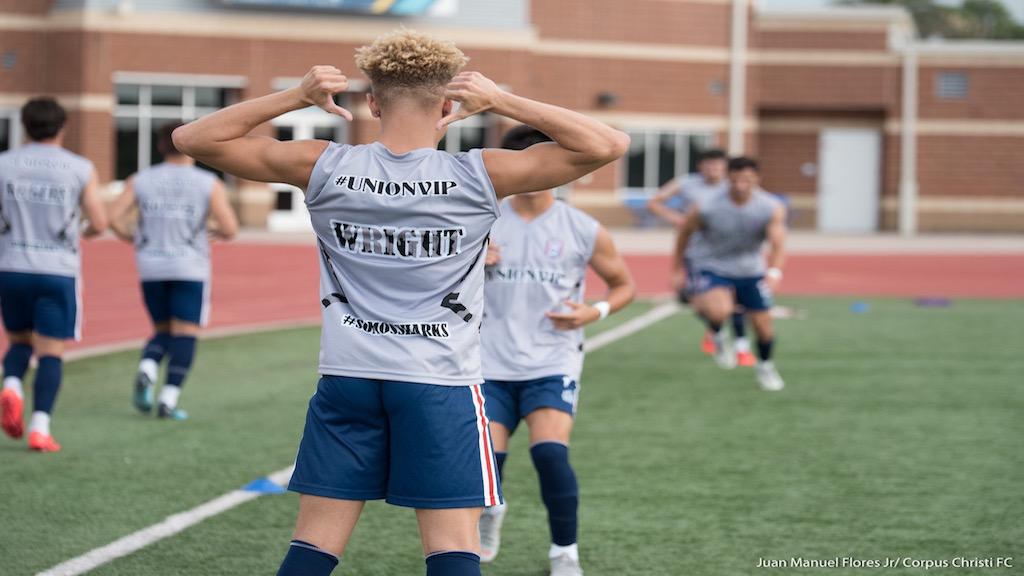 Wright was one of the top players in League Two during the 2019 season / Photo courtesy Corpus Christi FC & Juan Manuel Flores Jr.

The USL Championship’s San Antonio FC announced on Tuesday the addition of one of USL League Two’s brightest recent stars in midfielder Ollie Wright. The London native was outstanding during the 2019 League Two season with Corpus Christi FC, setting the league’s single season assists record by compiling 15 in 14 matches. He also netted seven goals of his own as the driving force behind one of the league’s most prolific attacks.

Wright played collegiate soccer at St. Mary’s University in San Antonio, where he led the team to its first NCAA tournament appearance. He will now have the opportunity to stay close to his adopted home as a professional player.

“I’m very happy to be here,” said Wright. “San Antonio is my home away from home and I’m absolutely buzzing to be playing for the local club.”

Prior to moving to the United States, Wright spent time in the academies of multiple English clubs, including Fulham and Brentford. He went on to have a highly successful college career, earning Player of the Year honors for both the Lone Star Conference and the D2CCA South Central Region during his junior season.

“We are excited to welcome Ollie to the SAFC family,” said SAFC Head Coach Alen Marcina. “Ollie, a standout performer for St. Mary’s University, demonstrates the behaviors expected in our environment and team culture. He exhibits the skillset to execute the on and off ball tasks required in our game model. As a staff, we look forward to assisting Ollie in his growth as a person and professional and we’re excited to see his contributions to the team.”