23-year-old becomes one of youngest executives in League Two history, believed to be first Hmong-American GM in American soccer 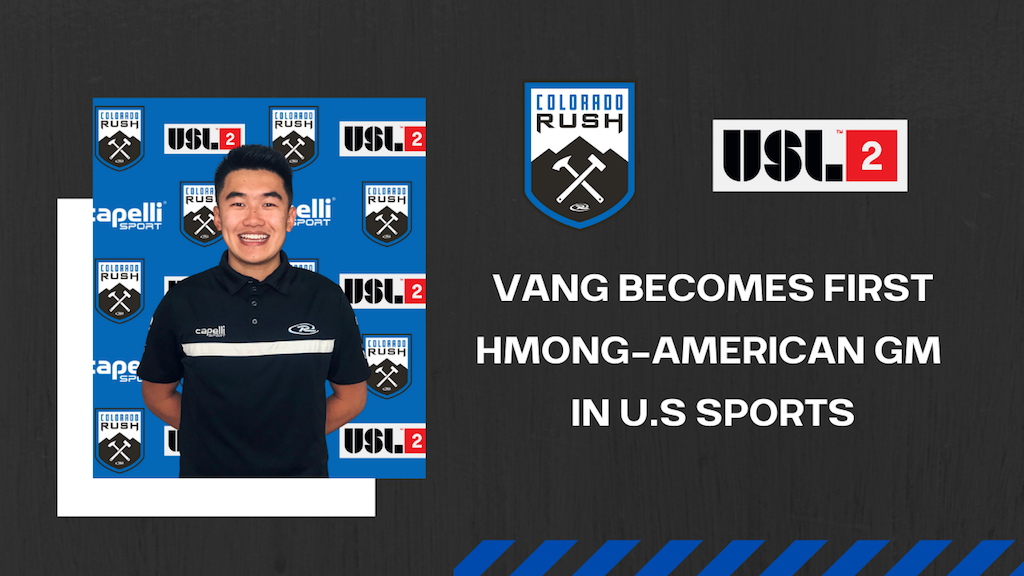 “It's an extremely well deserved promotion,” said Colorado Rush Professional Development President and CEO Joe Webb, who hired Vang out of the University of Wisconsin-Parkside. “Chance has played a major role in our organization during the development of the League Two franchise and he has helped the club secure our place as the best training and development environment for the nation’s top professional prospects.”

Vang grew up in Colorado and played for the Colorado Rush organization as a youth player, embodying League Two's role as a valuable development pathway not only for soccer players, but for executives as well.

“Being the first Hmong-American to lead a USL organization is both an honor and a privilege,” Vang said. “It gives me a platform to be a role model and pave the way for our younger generations within the Hmong community.  Not only that, I am doing this at the club I spent part of my youth academy career in, so it’s been a beautiful experience to have everything come full circle.”

Under the leadership of Webb, Vang and manager Elliot Prost, the team has already begun preparations for its inaugural League Two campaign in 2021, where the club will compete alongside New Mexico United U23, Park City Red Wolves U23 and Ogden City SC.

To learn more about the Colorado Rush, visit coloradorush.com/coloradorushsc.