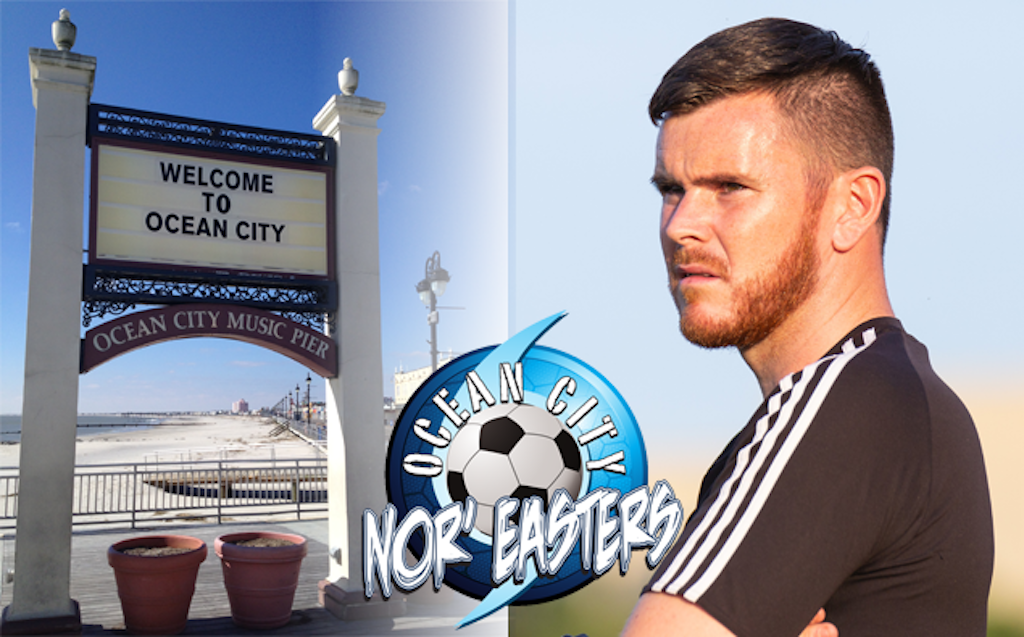 When the Ocean City Nor’easters announced Monday that two-time League Two Coach of the Year Alan McCann would become the club’s next head coach, it caught the eye of just about everyone around the league, especially those in the Mid Atlantic Division.

McCann guided Reading United AC to the League Two Final while winning the Eastern Conference in both the 2018 and 2019 seasons. The Irishman will bring that excellent pedigree in the league to Reading’s oldest rivals in Ocean City, and McCann has immediately set ambitious but achievable targets in his first season in charge of the Nor’easters.

“The goals for the first season will be to bring future pros to the city and provide a platform for them that can showcase their talents while challenging for trophies,” said McCann. “Ocean City has a proven track record of producing players for the professional ranks while maintaining a high level of performance on the field, so we felt that we could mix our style along with this to bring the best of both worlds together.”

For the Ocean City leadership, the opportunity to hire McCann was one that was too good to pass up.

“We are extremely happy to have Alan on board this year,” said Ocean City Nor’easters General Manager Giancarlo Granese Jr. “It’s not every day you get to hire the two-time coach of the year. We are extremely excited for the 2021 season and to see the team come together under the new coaching staff. Everyone in our organization is itching to get this season up and running.”

Though McCann is among the top coaches in League Two in recent years, he’s quick to point out that his success stems from the talented people around him.

“It’s about having the players and staff around who are all focused on creating a daily environment in which we can all challenge each other,” said McCann of what allows him to be such an effective head coach. “Bringing in very good people is just as important as having good talent, so we put a heavy focus on that while empowering them to showcase their talents.”

Though he’s moved to a different club in a different state, McCann will still see his old friends at Reading United multiple times per season in some eye-catching Mid Atlantic Division matchups. Fans of both teams are sure to have the first of those encounters circled on their calendars in 2021.