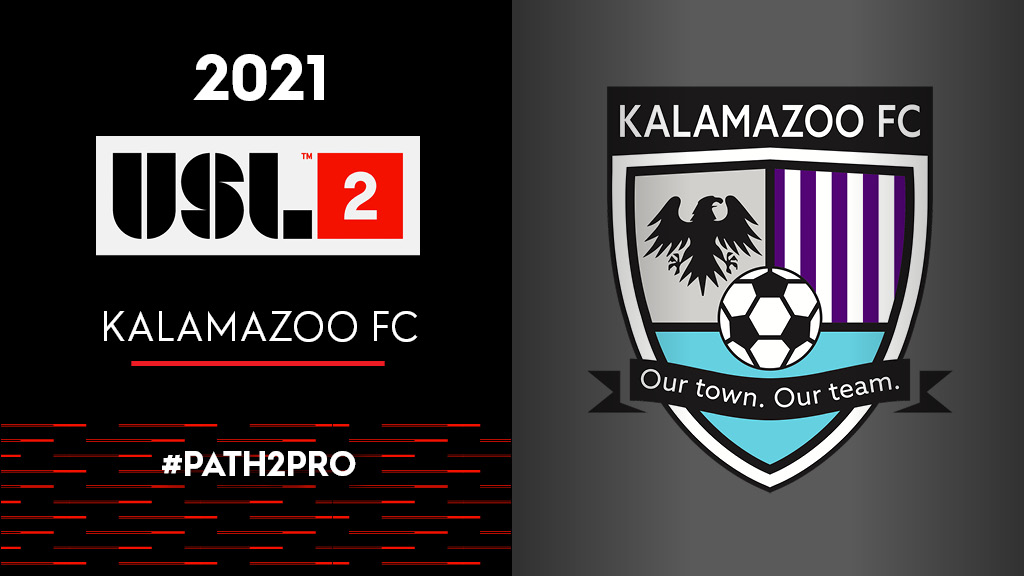 “We couldn’t be more excited to welcome Kalamazoo FC to League Two,” said USL League Two Vice President Joel Nash. “Michigan has long been a hotbed for elite pre-professional soccer, and we’re confident that the club’s move to League Two will bolster its ability to develop players while competing at a high level.

“We’re all very excited here at Kalamazoo FC to join USL,” said Kalamazoo FC General Manager Colin Howard. “We are looking forward to the change in competition, which will provide new challenges for our organization as a whole. After missing out on the 2020 season, Coach [Shane] Lyons is focused on making an immediate impact in our new conference. We can’t wait for everyone in our community to take part in this big transition period for our club.”

In joining League Two, Kalamazoo FC will offer a proven pathway to professional soccer for its players. On top of the valuable experience of playing in the nation’s most competitive pre-professional environment, League Two also provides growth opportunities for its coaches, executives and communities.

Learn more about Kalamazoo FC by following @kalamazoofc on Twitter, or by visiting the club’s website kalamazoofc.com for the latest updates.