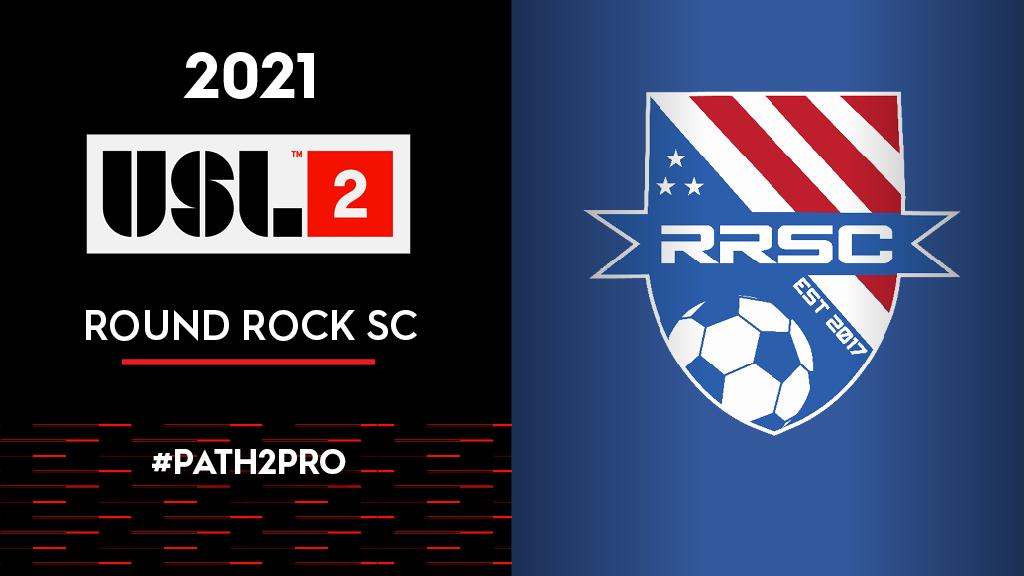 TAMPA, Fla. - The United Soccer League (USL) today announced Round Rock SC as the latest club to join USL League Two. Based in the city of Round Rock in central Texas, the club will compete in the Mid South Division alongside five fellow clubs from the Lone Star State beginning in the 2021 season.

“The addition of Round Rock SC is great news for the League and the elite pre-professional landscape within central Texas,” said USL League Two Vice President Joel Nash. “We’re confident that the club and its staff will provide a platform for local players to achieve their professional soccer aspirations, and contribute high-quality play on the field in a division that is already one of the most competitive in League Two.”

The club was founded in 2017 and is family-owned by Janna and Edgar Palacios. Edgar is a former former professional soccer player who now serves as Head Coach and Director of Coaching at Round Rock SC, and he is familiar with the soccer landscape of the area - one stop on his career journey was with the Austin Aztex of the then-USL PDL.

“This is an exciting opportunity for players to showcase their talent in the heart of Texas,” said Edgar Palacios. “Joining League Two is a big step for our club, and I’m looking forward to seeing our players compete and develop in pursuit of success in their soccer careers.”

In joining League Two, Round Rock SC will offer a proven pathway to professional soccer for its players, both those at the elite collegiate level and the top academy-age players in central Texas. On top of the valuable experience of playing in the nation’s most competitive pre-professional environment, League Two also provides growth opportunities for its coaches, executives and communities.

Learn more about Round Rock SC by following @RoundRockSC on Twitter, or by visiting the club’s website roundrocksoccerclub.com for the latest updates.