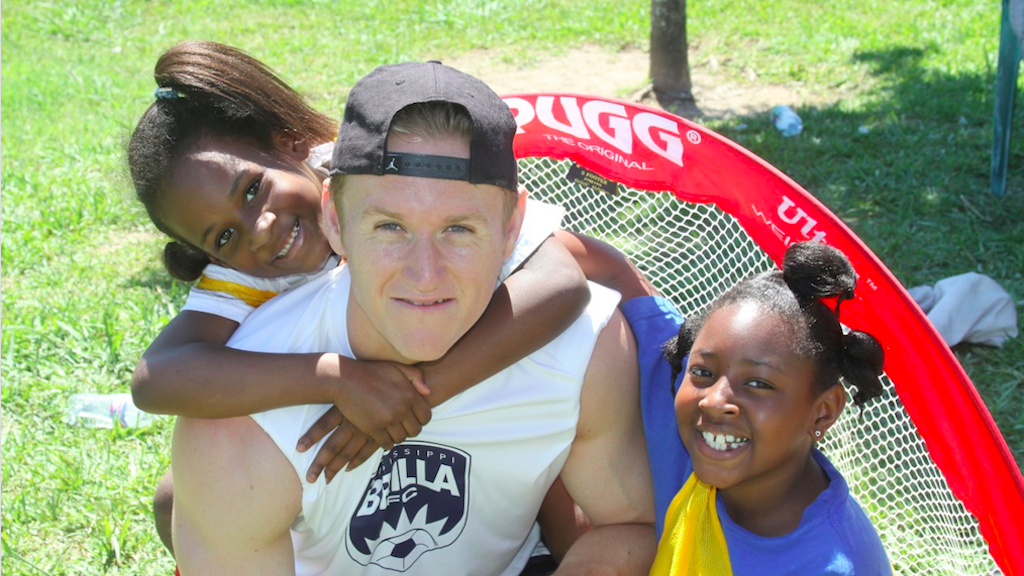 Ten years ago, then-Mississippi Brilla FC Head Coach Dave Dixon (now with the USL Championship’s Charlotte Independence) recognized an opportunity to create a positive impact on young people in Jackson, Mississippi. The club did this using soccer as a vehicle, partnering with other organizations which already offered summer camps in the city and bringing a soccer camp to those partners.

At the free clinics, Brilla FC players and coaches teach kids fundamentals of the sport and serve as role models.

“It is always amazing to see how quickly the children get attached to the players thanks to the attention they give them,” said Brilla FC Executive Director Rusty Bryant. “The kids respect our players as coaches, and they truly try to learn the game of soccer, a sport that many of them are not exposed to regularly."

Willis Bridges of Mission First, one of the organizations Brilla FC partners with to host soccer clinics, also spoke of how quickly the young people he mentors latched onto soccer thanks to the Brilla players.

“When I presented the idea to our youth about doing a soccer camp, most of them thought I had fallen and hit my head on something,” said Bridges. “Most of them had never had a chance to play soccer. But once they were exposed to the fundamentals of the game, were taught the rules and interacted with Brilla players, they had a wonderful time - their attitudes completely changed and they loved playing soccer.”

The Brilla players themselves benefited from the clinics, often telling Bryant that a big reason they’d return to Mississippi for multiple seasons was because of the program.

“I had a really good experience working with the kids, especially when we got to play some soccer with them and also hear their stories and what they were going through,” said former Brilla FC and current Chicago Fire defender Micheal Azira. “The project gave us an opportunity to encourage the kids and talk about the importance of staying in school and playing sports.”

This summer, the coronavirus pandemic had an obvious effect on Brilla FC’s Urban Soccer Project. The club was not able to bring in players and many of its partners did not offer in-person activities for local youth this summer, but, like so many other organizations, decided to shift programming online.

Brilla staff instead produced a five-day virtual camp for all of its partners, delivering soccer balls to some so that children would have the resources to participate from home.

“We made the best of the situation,” said Bryant. “But we’re ready to get back on the field with the kids next summer.”