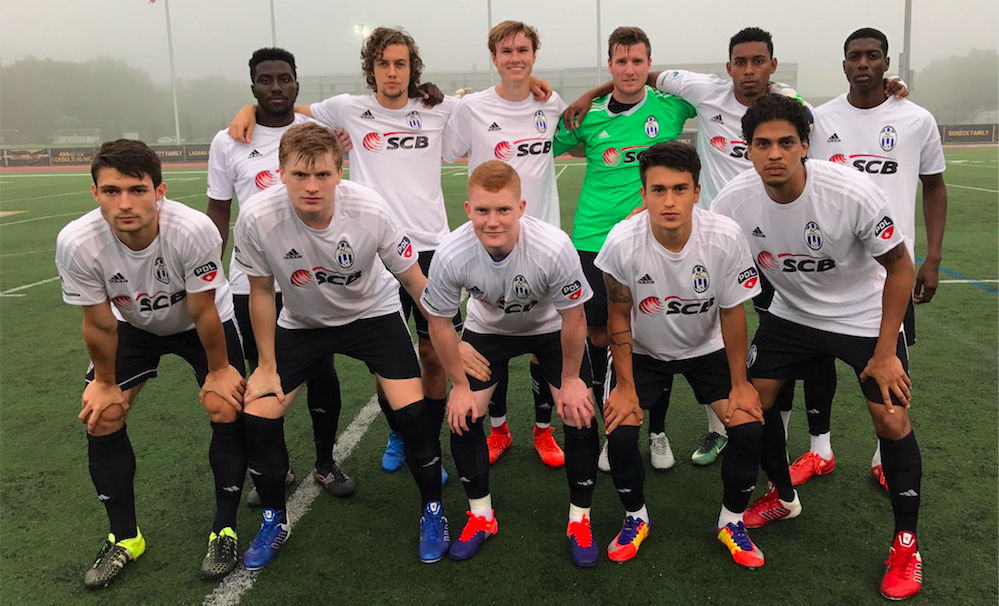 In his first season as a professional, New England Revolution center back Henry Kessler has looked anything but out of place. Kessler has appeared in all 12 of New England’s matches so far, starting seven of the past eight. The former Virginia Cavalier has quickly earned the trust of his coach, University of Virginia great and former U.S. men’s national team head coach Bruce Arena.

A serious contender for MLS Rookie of the Year, a key piece in Kessler’s development was the two seasons he spent with AC Connecticut in USL League Two. Kessler’s work ethic was evident during his time with the club - though he lived in Manhattan, he would make the two-hour trip out and back to train and compete with AC Connecticut, often not getting home until after midnight.

“I believe there are an abundance of very good young soccer players, and future professionals, playing in our league,” said AC Connecticut General Manager Robin Schuppert. “Quite a few of our former players have gone on to play professional soccer because they were very talented soccer players. But Henry couples his talent with a relentless willingness to do whatever it takes to get better.”

A dominant defensive force during his time in League Two, Kessler’s former coach saw the signs early on that he had the ability to play at the highest level of the American domestic game.

“We were fortunate enough to have Henry at a very young age and could tell from the moment you met and worked with him that he was a young model pro,” said AC Connecticut Head Coach Alex Harrison. “Henry was extremely adaptable on and off the field, had an honest and focused work rate, and also gained complete respect from staff and teammates with his understanding and ability on the field."

Leading all MLS rookies in minutes played, and leading his team in interceptions and tackles won, Kessler has seamlessly slotted in beside veteran (and fellow League Two product) Andrew Farrell as the linchpin of the Revolution defense. He has earned Man of the Match honors twice in his short career for his performances, adjusting quickly to the increased speed of play and quality at the professional level.

“He’s done very well. He’s arguably been our best center back in terms of defending,” Arena told Blaise Siefer of The Bent Musket. “He’s a hard worker, he listens. He’s done well with the minutes he’s had in this really jammed-up kind of schedule we’ve had. I think he’s adjusted quite well.”

For Schuppert and those at AC Connecticut, Kessler’s ability to immediately make the jump to the MLS level is a testament to the effectiveness of the development methods in place for the young players at the club.

“At AC Connecticut, we look to provide what is typically the missing piece of a young player’s development pathway, which is the playing experience against great players and teams,” said Harrison. “Henry was able to play and get exposure to wonderful players, teams and coaches at a very young age which continued to cement his outstanding qualities and professionalism.“

For Kessler, his fine start to life as a professional is just the beginning of his goals. The young center back dreams of representing the U.S. national team at a World Cup one day, and his teammate Farrell thinks that’s more than just a possibility.

“Henry Kessler is going to be a national team center back,” Farrell told MLS reporter Tom Bogert. “You can quote that, because I told him I need his jersey when he gets his first call-up.“

At the moment, the sky seems to be the limit for the former AC Connecticut defender.