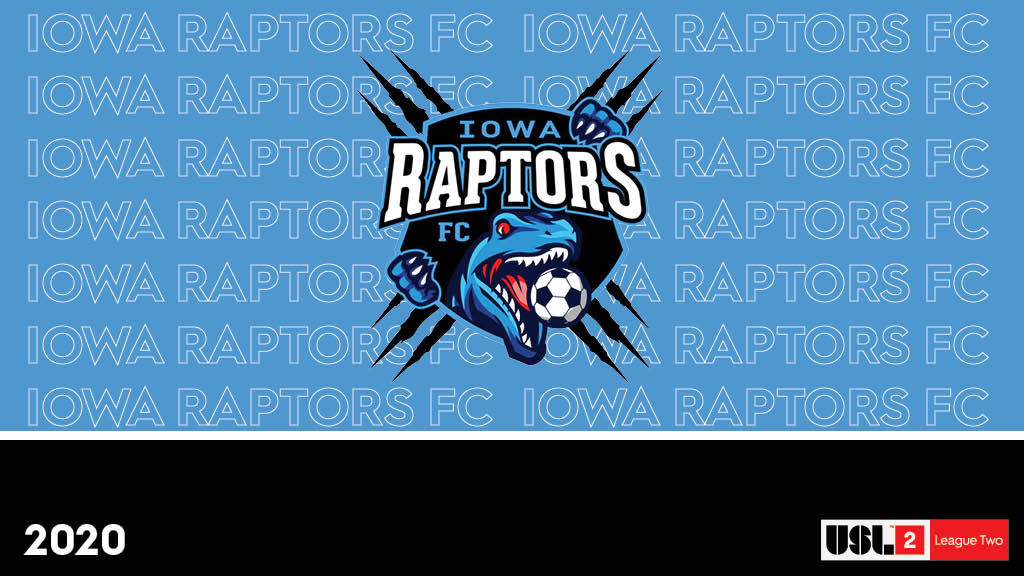 TAMPA, Fla. — The United Soccer League (USL) today announced Iowa Raptors FC as the latest expansion club to join USL League Two. Based in Cedar Rapids, the team will compete in the Heartland Division beginning in the 2021 season. The Raptors are the league’s second club from Iowa, joining 2019 regular season champions the Des Moines Menace.

“I’m excited to be part of a great organization like Iowa Raptors FC,” said incoming General Manager Chris Economides. “We’re looking to bring our staff’s many years of experience in the sport to the City of Cedar Rapids with this new League Two club."

Economides brings an impressive resume in American soccer to his role with the Raptors. He was the General Manager of the Rochester Rhinos team that won the Lamar Hunt U.S. Open Cup in 1999, which remains the lone lower-division team to win the tournament since the launch of Major League Soccer in 1996. Economides also has League Two experience, having spent four seasons as the Chief Operating Officer and co-owner of Florida Tropics SC, which fielded the Lakeland Tropics in League Two’s Southeast Division.

“Having worked with Chris closely in the past, we’re very excited to see what he and his leadership group will bring to Cedar Rapids,” said USL Vice President of League Two Joel Nash. “We can’t wait for the Raptors to take the field for the first time in League Two, and for the additional opportunities the club will provide young players in Iowa on their journeys to becoming professionals.”

The Raptors have retained Head Coach Nate Grosse to lead the side in its inaugural season in League Two. Grosse boasts more than 20 years of coaching experience in the United States and Peru, and has led the Men’s Soccer program at Cornell College in Iowa for the last six seasons.

“As a coach, I am extremely excited to join League Two,” said Grosse. “The opportunity to be a part of the USL structure and offer a direct pathway for our players looking to get to the next level is amazing. The level of play that League Two will bring to eastern Iowa is great for the sport of soccer in this area and the community as a whole.”

In joining League Two, Raptors FC will offer a proven pathway to professional soccer for its players, both those at the elite collegiate level and the top academy-age players from the region. On top of the valuable experience of playing in the nation’s most competitive pre-professional environment, League Two also provides growth opportunities for its coaches, executives and communities.

Learn more about the Raptors by following @IARaptorsFC on social media, or by visiting the club’s website iowaraptorsfc.com for the latest updates.