Where Are They Now? 2019 League Two Players Edition 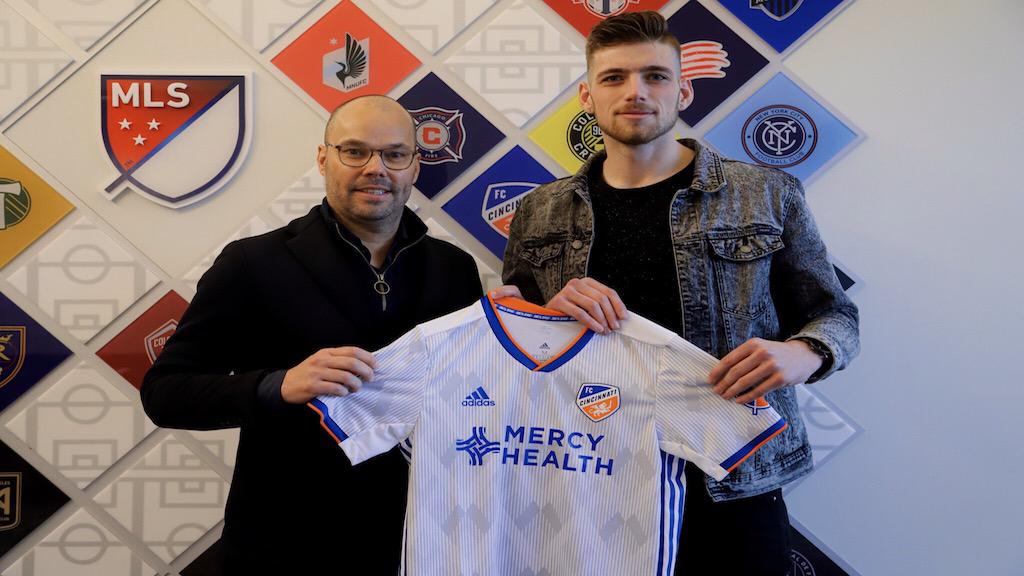 As in recent years, the 2020 domestic professional soccer season in the United States will feature many players with experience in USL League Two. A new group of rookies from the 2019 League Two season have made the jump to MLS, the USL Championship, and USL League One, and will be looking to quickly make a name for themselves. Take a look at where some of the most recent Path2Pro alumni are now.

The primary way in which League Two products enter the American top flight is the MLS SuperDraft, and despite the event’s change in format, that trend continued this year. 56 total League Two alumni were selected in the 2020 SuperDraft, comprising 73 percent of the draftees.

Ocean City Nor’easters' reigning League Two MVP Deri Corfe was selected by the Red Bulls with the 41st overall pick. Corfe shared the Golden Boot with Brazos Valley Cavalry forward Kyle Edwards last season, and Edwards is staying in Texas after Houston Dynamo selected him in the fourth round. The Dynamo added a second Cavalry product in Marcelo Palomino before the SuperDraft.

FC Cincinnati picked up goalkeeper Robert Edwards, a League Two Team of the Season selection in 2019 with SC United Bantams. Edwards signed with the Ohio club after a successful stint with Portadown FC in Northern Ireland.

Perhaps no new Championship signing embodies the expanding path to professional soccer in America better than Conner Antley. Antley spent 2018 with Tormenta FC’s League Two side and stayed with Tormenta for the club’s inaugural League One season in 2019, when he won the league’s Defender of the Year Award. His performances saw him jump up another division and sign with Indy Eleven for 2020.

Though just 18-years-old, Jaden Servania showed plenty of promise as a member of League Two’s highest-scoring offense in 2019. The Brazos Valley Cavalry prospect became the first USL Academy signing in Birmingham Legion FC history when he signed for the Alabama club a few weeks ago, and has already scored for them in preseason.

Saint Louis FC bolstered its roster with a pair of League Two products in Richard Bryan and Daniel Fischer. Bryan played for both Mississippi Brilla and Des Moines Menace during his time in League Two, while Fischer was a member of the Cincinnati Dutch Lions.

Flint City Bucks captain and center back Charlie Booth impressed as the lynchpin of a title-winning defense in 2019, and was picked up by FC Tucson. A slew of former Tormenta 2 stars left the Southern Conference champions for the professional ranks: JJ Donnelly joined Greenville Triumph immediately following the season and started in the League One Final, while Jordan Skelton and Luca Mayr both moved up to Tormenta’s first team.

League Two’s youngest goal-scorer in 2019 earned a professional contract in Europe at age 16. Ronald Arevalo of Cedar Stars Rush signed for Danish second division club HB Koge, though he’ll continue to split time between the States and Denmark until he turns 18.

Goalkeeper Wesley Storm moved from the Cincinnati Dutch Lions to the Dutch Eredivisie, inking a deal with ADO Den Haag in one of the top leagues in the world.