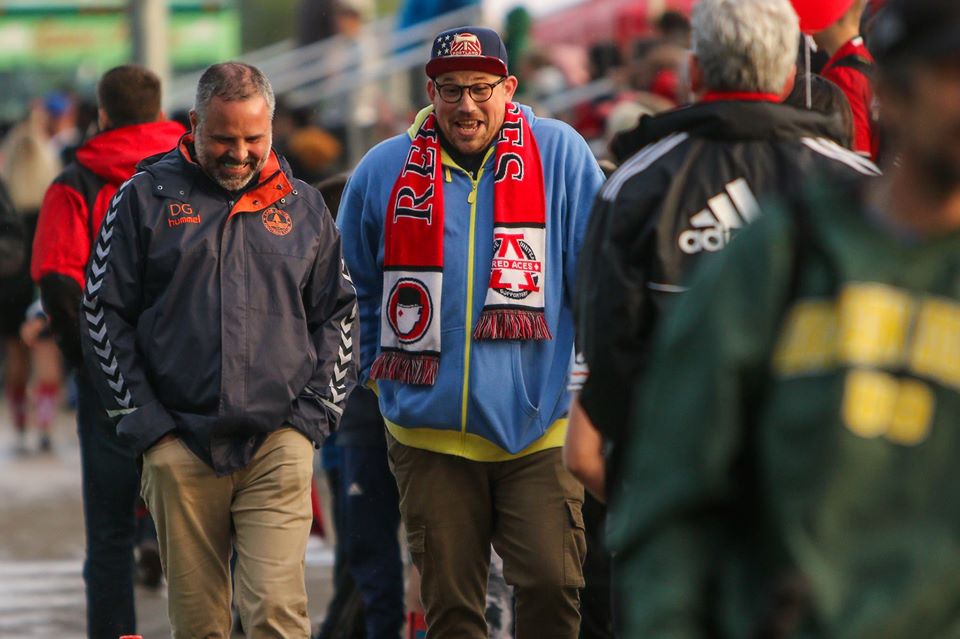 The Pacific Northwest is a region widely known for having some of the most passionate soccer fans in the United States. While MLS teams in Seattle and Portland grab the headlines, one of League Two’s top executives founded a club in Eugene, Oregon in 2013, and has since overseen tremendous growth.

When Dave Galas started Lane United nearly seven years ago, his goal was to create a club that the city and community could rally around. Today, he serves as Lane’s Managing Director.

“My brother, John, has been in soccer his whole professional life, so I picked his brain a bit,” said Galas of when he first had the idea to start a club. “We decided on a name, I worked on some logo ideas, ran them past designer friends of mine, floated the idea to some soccer friends, got a small sponsorship, and passed the hat in the community. The next thing I knew, I had successfully demonstrated to a few local people that there was enough interest and support to invest in the club.”

Voted the League Two Executive of the Year in 2016, Galas says the key to his style is putting himself in the shoes of both fans and players. He credits the little bit of extra effort that he and his staff put in to take care of people at the club as a vital part of what he does.

“I think an important part of running things is ask yourself what would you like your experience to be if you were there as a fan,” said Galas. “There are all the logistics involved in things than fans don’t see of course, but that question is really important. Similarly, we want to treat our players the way we would want to be treated. This has really paid dividends over the years.

“At first, recruiting was pretty tough, especially with two MLS affiliates in our division, since we were really the unknowns. But we have developed a reputation for playing attractive soccer and taking care of our players, and now players want to play for us.” 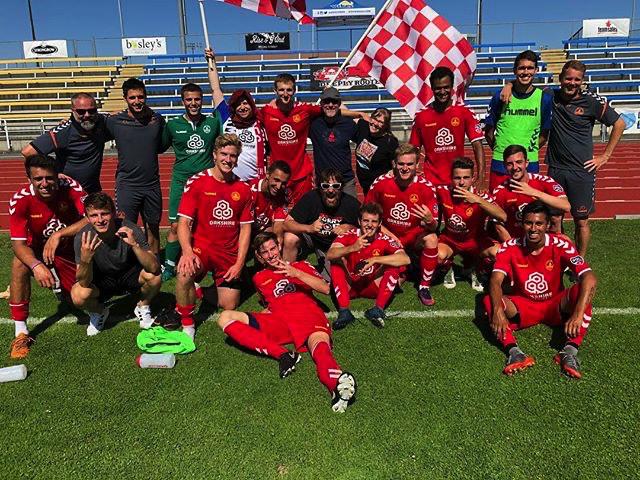 Lane United missed the playoffs in 2019, but had a promising season finishing third in a highly-competitive Northwest Division. For Galas, seeing the success of head coach Conner Cappelletti was a point of pride. Cappeletti has been with Lane since the beginning, as a player in the club’s early years before becoming an assistant coach. During his time in that role, Cappeletti earned his USSF ‘B’ License, and Galas was impressed enough to promote him to the head coaching role.

“After five years as an assistant, the opportunity for him to step up to head coach presented itself and I thought the time was right,” said Galas. “He proved me right and assembled and coached a fantastic group of players. It was the most disciplined, committed, and close-knit group of players we have ever had, and that was reflected in the results.”

The 2020 season will mark the start of a new era for Lane United, as the club will move into a brand-new stadium in Civic Park. The original plan was to save an all-wood 1938 neighborhood stadium from becoming a big-box store, and Galas was a key voice in saving the stadium.

The Eugene Civic Alliance, of which Galas sits on the board of directors, successfully raised the funds to save the ground, but it was accidentally burned down before they could begin renovations. The new edition was built on the same site, and while it doesn’t have the same history, the club and fans alike are excited to move in.

“It will be an amazing community asset,” said Galas. “We worked to build a wonderful community focused multi-sport facility with an amazing soccer pitch that we will play on this coming season. The location is amazing and the community has been itching to get back on the site for games.”

As the club continues to grow, Galas feels that its involvement in League Two allows him to thrive as an executive and the club to excel in developing young players.

Lane United boasts an impressive group of alumni from its short history, including former New York City FC forward Khiry Shelton – who now plays for Bundesliga side SC Paderborn – and Minnesota United FC’s Hassani Dotson, who was an MLS Rookie of the Year Finalist this season. Four other Lane United products were selected in the 2019 MLS SuperDraft.

“We have developed a reputation such that players want to play for us now, and the stature of League Two is analogous to that,” said Galas. “The players we recruit know that it is the best league at this level in the country, and that the Northwest Division is one of the most competitive within it.”

With an excellent track record, a brand-new stadium, and one of the league’s best executives at the helm in Galas, there’s plenty for Lane United fans to be excited about in the 2020 season and beyond.