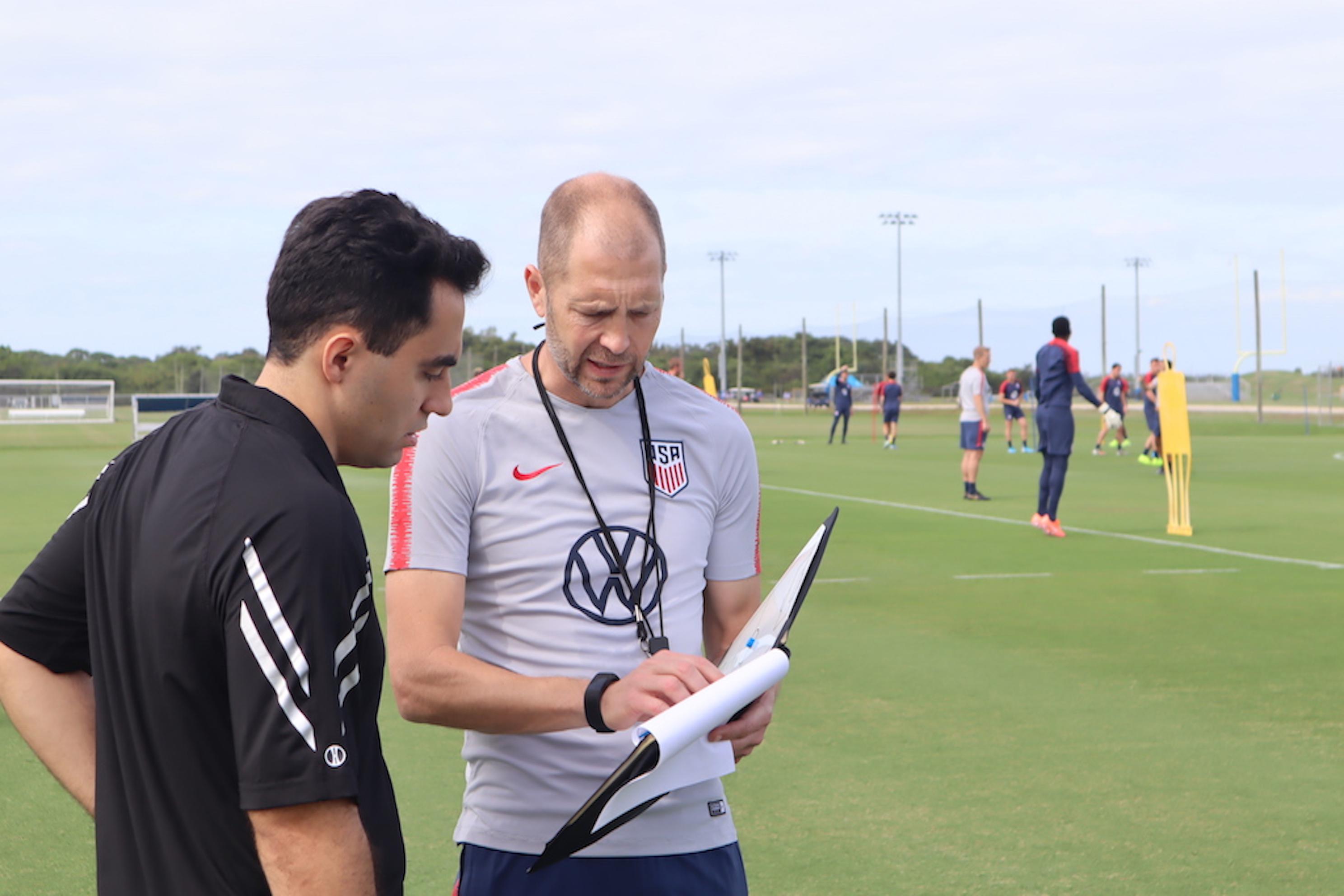 During the U.S. men’s national team’s pre-camp at IMG Academy in Bradenton, Florida this week, Texas United Head Coach Arez Ardalani took advantage of a rare opportunity. USMNT Head Coach Gregg Berhalter invited Ardalani to attend the national team’s training sessions and to speak with him one-on-one about philosophy and tactics. But as incredible an experience as it was, it was one that took Ardalani by surprise — he found out he was invited to the camp just two days before it started, and immediately booked a flight to Florida.

“I had a friend that had [Berhalter's] contact information, and fortunately I had reached out to this friend that I was interested in doing some continued education during our offseason,” said Ardalani of how the opportunity came about. “He forwarded me this contact info and I reached out to Gregg [Berhalter], and like a professional Gregg reached back out immediately. We just settled the schedule from there. It was just such a great opportunity and such a last minute trip, I was just really honored to be picked out for this.”

At the camp, Ardalani was far from a spectator. Berhalter invited him to be on the sidelines during the team’s training sessions, at times standing with Ardalani to show him his plans and notes. Ardalani was also given the chance to present some of his ideas to Berhalter after one session.

“We talked about the system in our conference in USL League Two,” said Ardalani of his talk with Berhalter. “We just started talking about some tactical trends that I’ve noticed and the schedule that we play. We play two or three games per week sometimes, and we talked about what we can do tactically to prepare ourselves in a scheduling environment like that. It was a great conversation.”

Ardalani spoke highly of how the opportunity enhanced his development as a coach, and was appreciative of how few coaches get a chance like this to work so closely with the U.S. men’s national team, even for such a short period. Watching the sessions gave him a sense of what he can do to improve the experience for his players at Texas United as they look to become professionals, and helped feed his hunger for knowledge as a coach.

“I think it’s one of the best experiences you can get in this country. I mean, it’s the head coach of the men’s national team,” said Ardalani. “In terms of my continued education, it’s going to be tough to top this. Fortunately, we have a national team coach that is very ambitious and concerned about where we’re going as a country with our soccer. He wants to help out as many people as he can, and I was lucky to be one of those guys.” 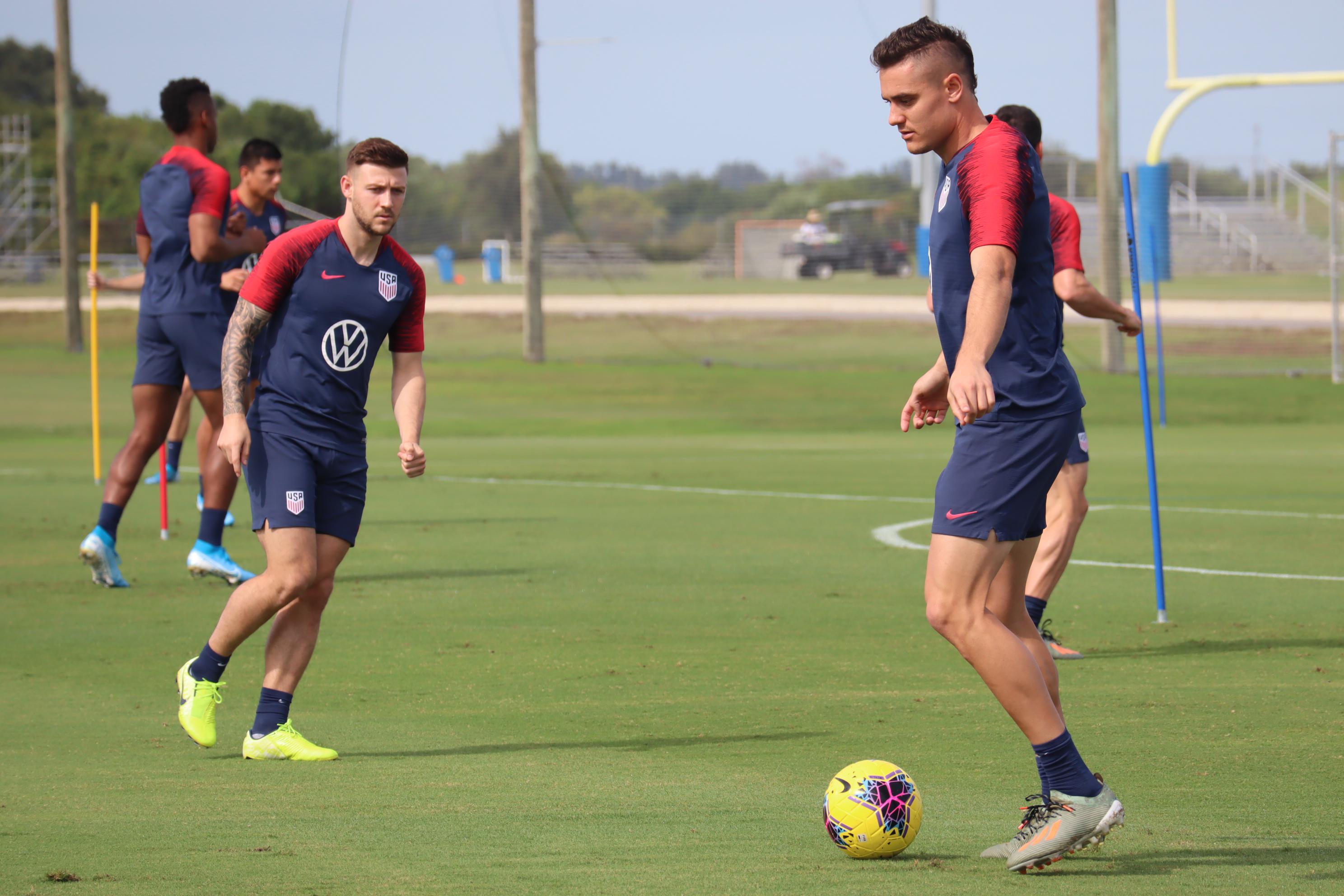 Moving into the 2020 League Two season, Ardalani plans on taking what he has learned from the U.S. men’s national team and implementing it within his own philosophy at Texas United. In his third season with the club, he’ll look to rise up the table in an ultra-competitive Mid South Division.

“Coaching in League Two is honestly the greatest experience as a coach,” said Ardalani. “While I’m currently trying to master my trade, I can do so in a league that lasts three months at a very high level with high quality players. 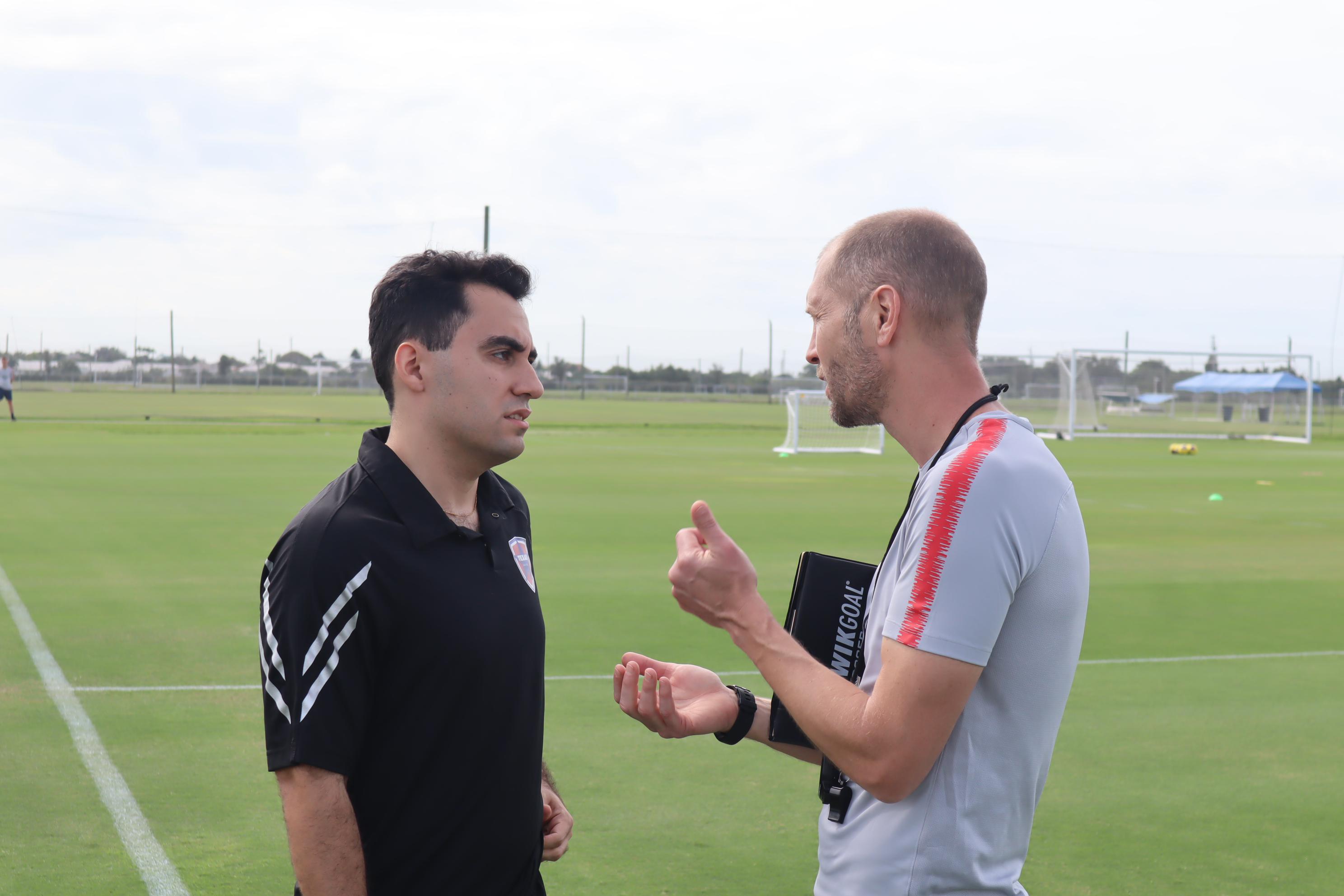 "I get an offseason where I get to reflect on what worked, what didn’t work during the season. I get to go out and learn more and do more continued education trips. I can develop more as a coach and then go into my next season with new knowledge and go for that trophy. It’s such a well-balanced league for me and it’s an experience I wouldn’t trade for anything.”

Now that he’ll be able to leverage his continued education as a coach in League Two, next season looks promising for Ardalani and Texas United.