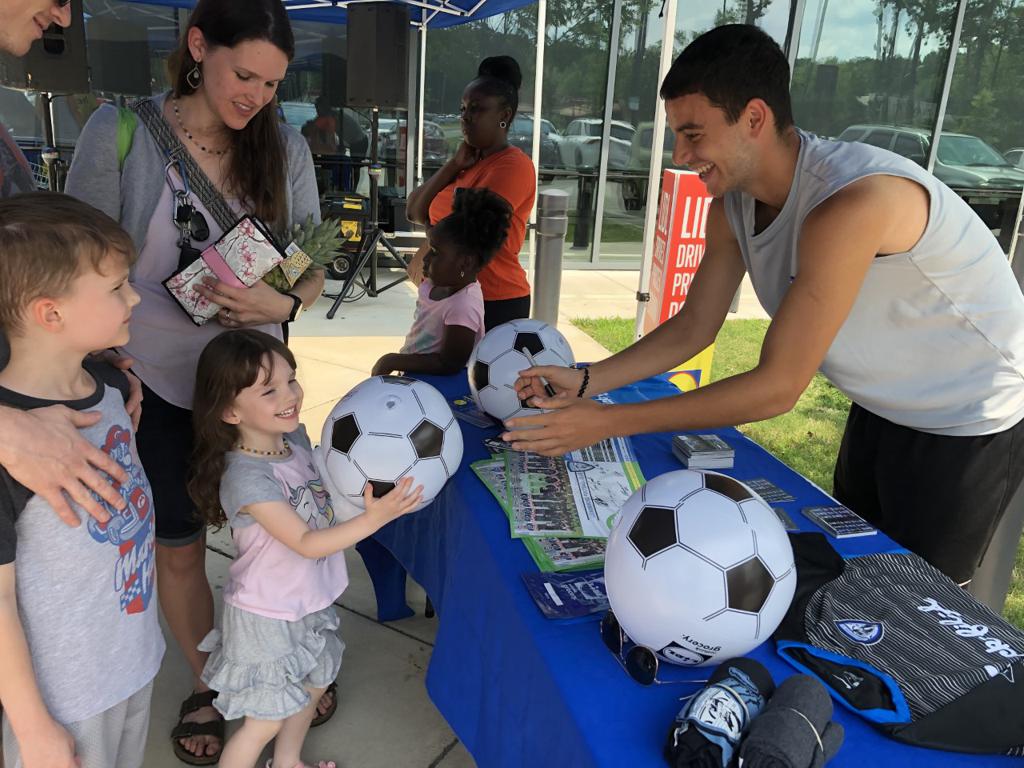 The Hampton Roads area of Virginia has a well-documented passion for soccer. The 757 is home to some of the nation’s elite youth clubs, and the North American Sand Soccer Championships are held in Virginia Beach each summer. With the world’s largest naval base located in Norfolk, plenty of nearby soccer fans are veterans or active duty military members who fell in love with the game while stationed abroad. But that sentiment extends beyond former sailors and soldiers, with a population of fans from diverse backgrounds spread throughout the region.

Though the interest in global soccer has been present in Hampton Roads for some time, the area hadn't recently had a club to call its own until two years ago. That changed when local businessmen Mike Vest and Kevin Joyce founded Lionsbridge FC, returning top-level pre-professional soccer to Newport News.

“We set out to build the thing that we wanted to see in our community: a local soccer club with games that would be fun, affordable, entertaining and broadly appealing to everyone in a family – moms, dads, teenagers, toddlers and everyone in between,” said Vest, Chairman and Co-Founder of Lionsbridge FC. “We went out and shared that vision with anyone who might be interested and found that a lot of people wanted to help. Things just took off from there.”

Lionsbridge’s attendance figures prove Vest’s point. The club led the Eastern Conference in attendance in both 2018 and 2019 with around 1,400 fans per game. Lionsbridge matches are more than just matches. The club describes them as community festivals, and the name fits. These festivals begin two hours prior to kickoff, and include something for everyone: beer gardens for adults, bounce houses for kids, live music, and food trucks – all infused with what the club calls, “local flavor.”

“It makes a tremendous difference and it has definitely become a staple of our game day environment,” said Vest of the community festivals. “Our supporters arrive to our stadium much earlier than you might otherwise expect for a typical sporting match. Our place is pretty full 60 or 90 minutes before the game but most of our fans don’t go straight into the bleachers.” 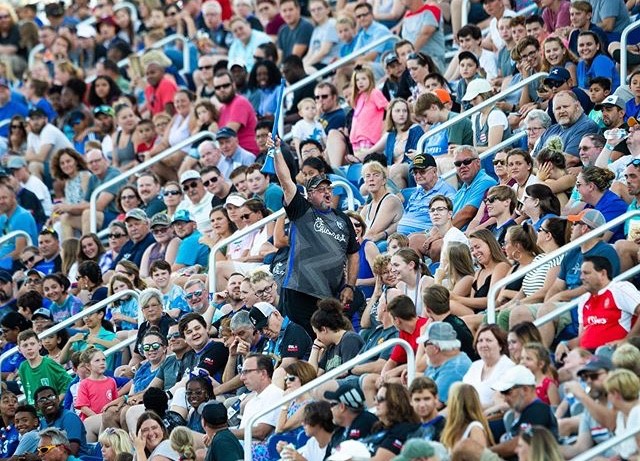 “Instead, they hang out in the festival area, grab some dinner and a seat at the communal picnic tables in the beer garden. The kids play on the bounce houses. It isn’t a rushed experience. There’s space to mingle and time to socialize. It feels like a really big neighborhood block party that happens to have a soccer game in the middle of it.”

The connection that these festivals forge between the club and its fans creates a unique sense of community at Lionsbridge games. The fans reward the players by providing a raucous home environment, one of the toughest to enter as an away team in all of League Two. Vest says this atmosphere is a direct result of putting the supporters at the center of what the club does year-round.

“We involve the community in a variety of ways all year long, starting in the offseason when they vote on the design for the following year’s jersey,” said Vest. “In 2020, we’re actually embedding the names of our season ticket holders into the design of the jersey itself. When our players take the field next summer, in a way they’ll take the fans with them. The excitement and anticipation is building all the time and it manifests as an awesome game environment.” 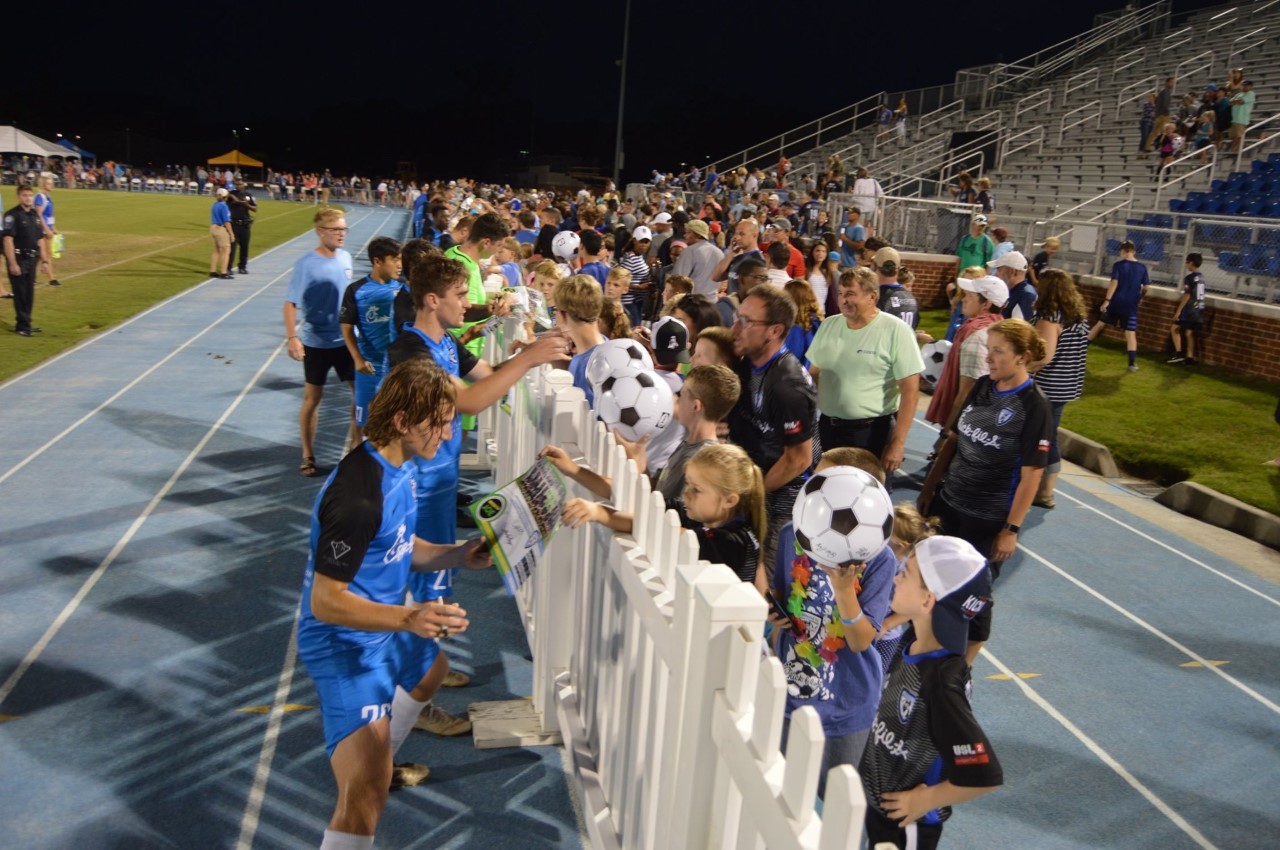 The team is sure to give back to the community that supports them so ferociously as well. Off the pitch, Lionsbridge players, coaches and staff are active participants in youth clinics, food drives, school appearances and fundraising events for local non-profits. It’s a relationship that works in perfect harmony: Lionsbridge creates a bond with its fans by caring about them even when they're not at Pomoco Stadium, and the fans in turn back them to the hilt on game day. In just two short seasons, the team has already become a summer fixture in the community.

“Our coaching staff, led by Chris Whalley, is phenomenal about this. He tells our players, ‘you can’t expect fans to come support you if you don’t get out and support them,’” said Vest. “If a community organization is looking for a Lionsbridge player to come to their event, we do our absolute best to make it happen.”

For Vest, the League Two platform was exactly what was needed to give already-passionate soccer fans a local outlet to express that passion in a way that united the community. One year after Lionsbridge began play, a nearby rival came about in the form of Virginia Beach United. With two teams from the 757 now taking part in the nation’s elite pre-professional league, the area has more access to soccer than ever before.

“League Two has a terrific combination: you have many future professional players on the field while still maintaining a grassroots feel off the field. Playing in this league gives a club like ours credibility in both the larger soccer community and the local Peninsula community,” said Vest.

“It takes an incredible amount of collaboration to make a project like this a success. So when you see the players, coaches, host families, interns, volunteers, supporters, sponsors, community leaders and every area youth soccer organization unite for a common cause, it’s truly magical.”