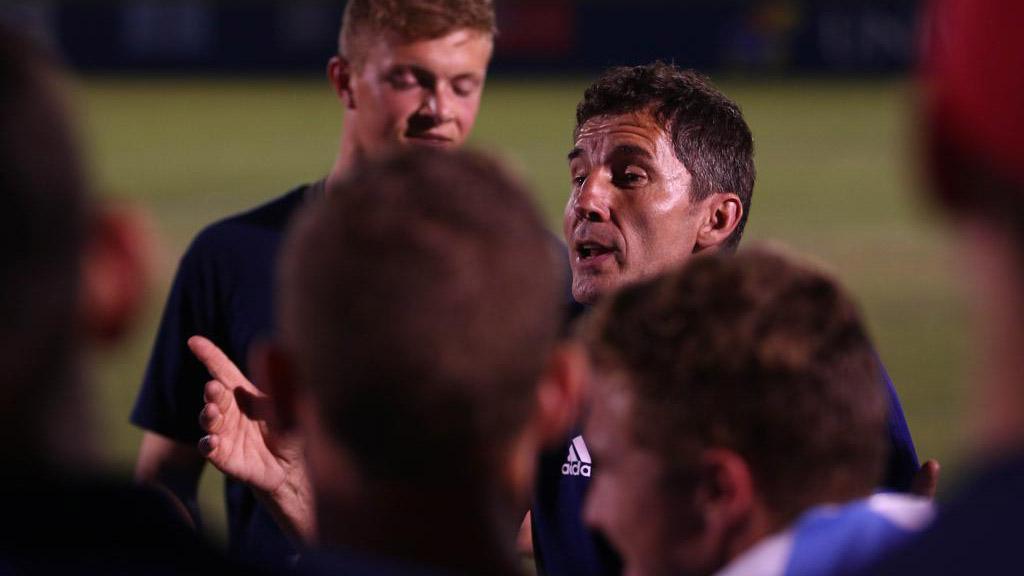 Before it led him to Kansas, Kaw Valley FC Head Coach István Urbányi’s soccer career took him all over the world. After playing professionally for nearly 20 years in his native Hungary, he first made his way stateside when he signed for the San Jose Clash in the early years of Major League Soccer.

When he hung up his boots as a player, Urbányi embarked on a coaching career that has included stops with Hungarian giants Újpest and the Maldives national team. He reunited with Sporting Kansas City Head Coach Peter Vermes, his friend and former teammate, in 2014 and has since been an integral part of the vaunted SKC youth system. Urbányi helped bring fellow Hungarian talents Krisztián Németh and Dániel Sallói to Sporting KC, and was named the MLS club’s Director of Talent Identification in January 2019 in addition to his role as Head Coach and Technical Director with Kaw Valley in League Two.

“It is a good and necessary reminder for me to not only focus on the result of the next game and the current season, but to consider the bigger picture and create an environment where players are able to play from the best ability,” said Urbányi on how his dual role helps him as a coach. “I help them maximize their potential because only players that are able to perform true to their potential have the chance to get on Sporting’s or others’ radar.” 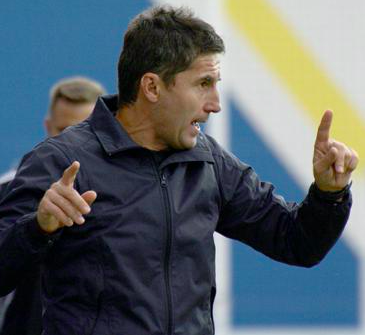 In Urbányi’s second year at the helm, Kaw Valley took a step forward on the pitch in League Two. The team qualified for the playoffs for the first time and defeated Chicago FC United in the opening round before narrowly falling to the eventual champion Flint City Bucks in the Central Conference final. Urbányi noted that his 2019 squad was younger than the year prior, with many of the Sporting academy graduates entering or coming off their freshman year of college.

“We found ourselves playing against teams that were physically stronger than us and we had to be prepared for that,” said Urbányi of his strategic approach to coaching this year’s Cranes. “Our ability to adjust formations and tactical objectives based on the opponent was the key in succeeding against those teams. We wanted to stay creative in combination play, but ultimately we wanted to make good decisions in specific game situations.”

“The main focus was to prepare players to solve situations on the field not because it is from a drill or pattern they know, but because they understand what is happening around them.”

As both a coach and a talent identifier, Urbányi’s unique skill set is a tremendous asset to both Kaw Valley and Sporting Kansas City. He’s created an impressive track record in just a few years in his position, and relied on a relatively simple formula to do so.

“I’m looking for intelligent individuals with a good smile, who understand what they should and what they can not do in certain game situations,” said Urbányi of his personal scouting philosophy. “In order for a player to make good decisions on the field he needs to have a clear understanding of his strengths and weaknesses. Making consecutive good technical and tactical decisions is the primary characteristic of a talented player.”

“In addition, I enjoy watching players who are playing from a state of liberation and are not burdened by their ego. Players that have an incorrect self-image and refuse to be vulnerable enough to change that image are not fun to work with, no matter how gifted they are otherwise.”

For Urbányi, coaching a team in League Two is a welcome challenge and a useful platform for developing not only the players under his tutelage, but also his own leadership abilities. Though his team is made up of players from different college and academy backgrounds, Urbányi tries to provide each individual with some way in which they can improve within their own circumstances.

“My goal during the League Two season is to give them something that they can take with themselves back to their own environment and benefit from it,” said Urbányi. “The League Two platform enables coaches to present players with what is expected from them on the professional level.”

As he looks forward to his third season in charge of Kaw Valley, Urbányi is sure to aid more soccer players in progressing their young careers.