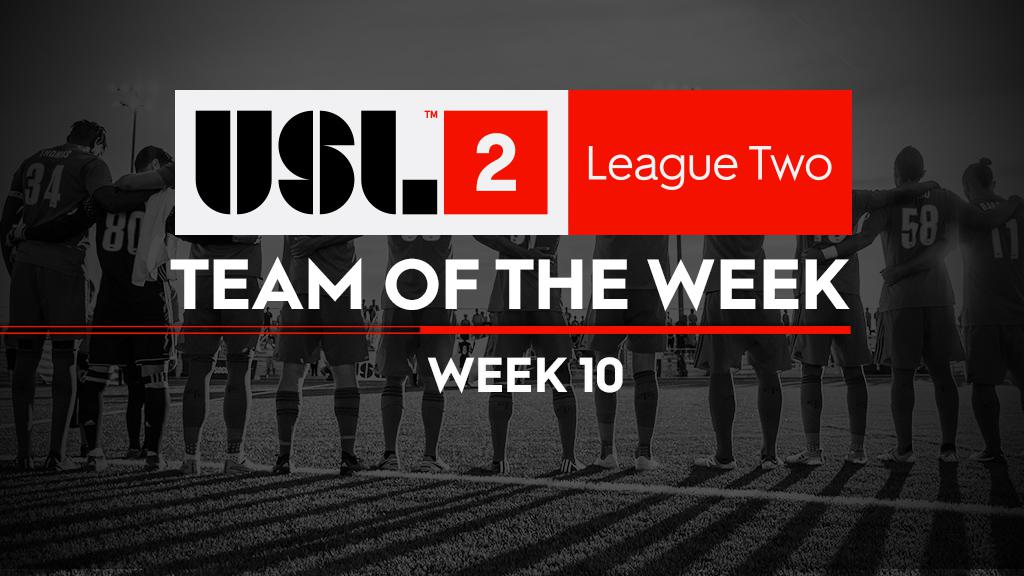 With goals all over the place in Week 10, many of these players found themselves on the scoresheet in one way or another. But the ones that didn't still had stellar performances in across the last week.

Check out the Week 10 All-Conference Team of the Week: 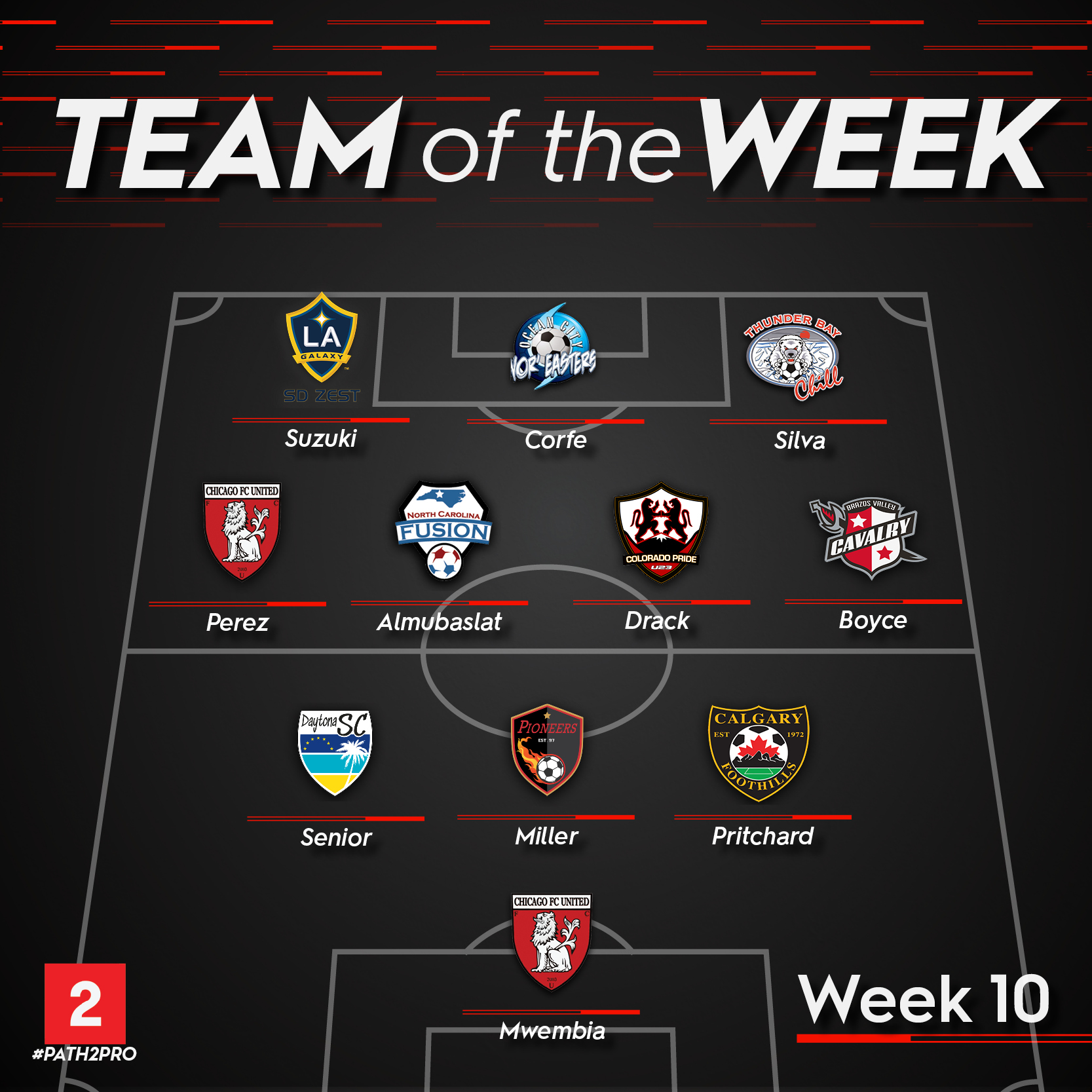 GK - Anthony Mwembia, Chicago FC United: Back to back Team of the Week honors for Mwembia after a stellar seven save, clean sheet performance against West Virginia.

D - Shandel Senior, Daytona SC: Senior played a part in both wins for Daytona last week to keep their postseason hopes alive. With a massive result against Florida Elite, Senior scored the lone goal against Sarasota Metropolis to grab the three points.

D - Owen Miller, Western Mass Pioneers: Miller has been crucial for Western Mass in their division-clinching campaign and last week played full 90 in their 1-0 win over inform Manhattan SC.

D - Daniel Pritchard, Calgary Foothills FC: Calgary has bounced back to the top of the Northwest and Pritchard’s performance last weekend helped them massively in their playoff push. With only one goal conceded and registering two assists Pritchard and Calgary took three points.

M - Faisal Almubaslat, North Carolina Fusion U23: Played in just the one game last week but his performance was massive with a goal and an assist in a win over Lionsbridge.

M - Josh Drack, Colorado Pride Switchbacks U23: Drack struck twice against the Sol in another win for the Switchbacks to continue their push to win the division.

M - Devin Boyce, Brazos Valley Cavalry FC: Brazos finally got that win over Brilla and his two assists in week 8 were nice but I think he will enjoy his two goals in the win just a bit more.

F - Deri Corfe, Ocean City Nor’easters: Deri Corfe played another two dominant games last week for Ocean City with four goals and an assist. Corfe registered a hattrick against division leaders Reading United on Sunday just one day after scoring and assisting in a half hour against West Virginia.
F - Sullivan Silva, Thunder Bay Chill: Things have been heating up with the Chill in the last few weeks and Silva played a key role last week scoring both goals in a 2-1 win against St. Louis Lions to keep their postseason hopes alive.