Soccer in the High Country: Boone's Connection to Soccer 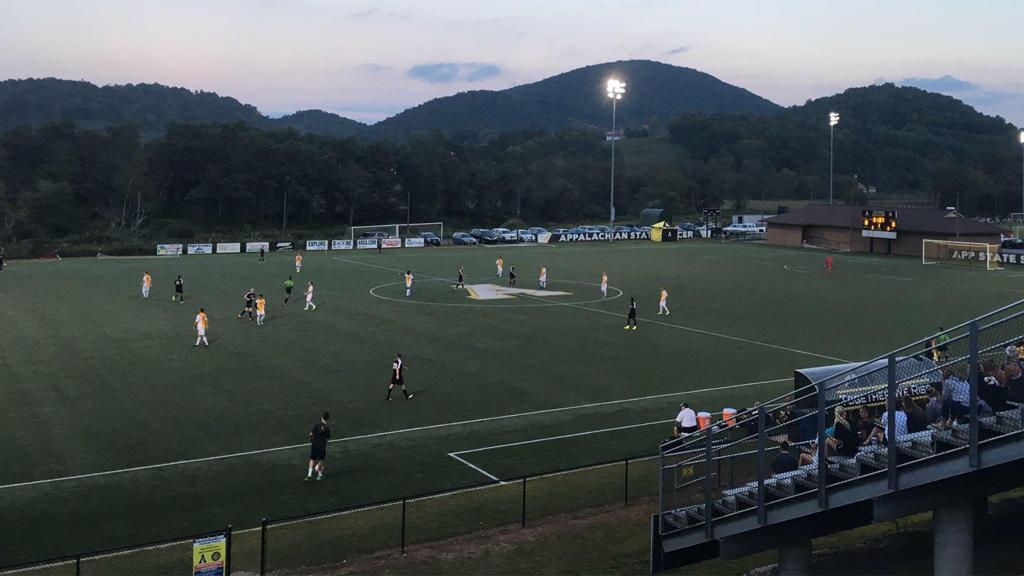 A town 19,000 people strong, nestled in the upper reaches of the Blue Ridge Mountains with beautiful year-round weather and a massive college campus in town. Named after the famous American pioneer Daniel Boone, the town of Boone - located in the western part of North Carolina - has numerous claims to fame.

Among them is its reputation as a lovely escape from the heat of the summer, or its scenic hiking trails, or its place as a skiing retreat in the winter time, but what people might not know is its rich connection to soccer.

To fully grasp what soccer means in the High County, we have to go back more than 40 years to 1977 when Hank Steinbrecher was hired by Appalachian State University as the coach of its Men’s Soccer program.

Just three years later he would move on to his next destination, but do so having secured a remarkable legacy with the Mountaineers.

Steinbrecher’s App State team was dominant in the Southern Conference with an overall 33-10-0 record. The Mountaineers won the SoCon Championship in three consecutive years and even posted a Top Ten national ranking. Steinbrecher would go on to a prestigious career in U.S. Soccer, but wherever the road took him he would forever be remembered in the High Country.

Nowadays, the soccer connection in Boone remains strong thanks to programs like High Country Soccer that started just six years after Steinbrecher’s last season at App State. High Country United is a club of both youth and adult teams that helps promote the game in the greater High Country area which boasts more than 600 youth and 300 adult members. The influence of college soccer in the area is a major part of that membership, according to Executive Director of HCSA, Rick Suyao.

“We get to see Division I Men’s and Women’s Soccer which adds to the excitement and support in the area,” Suyao said recently, “as far as I can remember we have had soccer here and the support has been tremendous for such a small area.”

That’s why this week, USL League Two will take the Blue Ridge Parkway to Boone in the form of Tobacco Road FC and Tri-Cities Otters, who will square off at the Ted Mackorell Soccer Complex - home of the Appalachian State Mountaineers Men’s and Women’s Soccer programs -  on Tuesday night.

Both teams have just two games left in the regular season, a home-and-home series that will see the sides also meet on Saturday night at Durham County Stadium. There’s still something to play for between the division rivals, with the Otters needing to win both of their last two games to keep their postseason hopes alive and Tobacco Road looking to play spoiler as its season nears its conclusion.

With those the stakes, the game could be quite a spectacle in front of an excited Boone crowd. Both teams are fresh off high-scoring wins and are led by some talented players including Tobacco Road’s Pol Monells and Tri-Cities’ Taylor Gray, who have each scored six goals apiece this season. Opposing each are two talented goalkeepers in Tobacco Road’s Williams Scott, who has logged 58 saves this season and Tri-Cities’ Carlos Rubio, who has notched 51 saves on the campaign.

With a high-quality rivalry heading to this small town in the High Country, the soccer fans of Boone have a chance to show off the passion and excitement they have brought to Appalachian State games since the days of Hank Steinbrecher.

And in bringing that same passion and excitement, the door could open for more games - and more opportunities to see high-level competition - in the future.