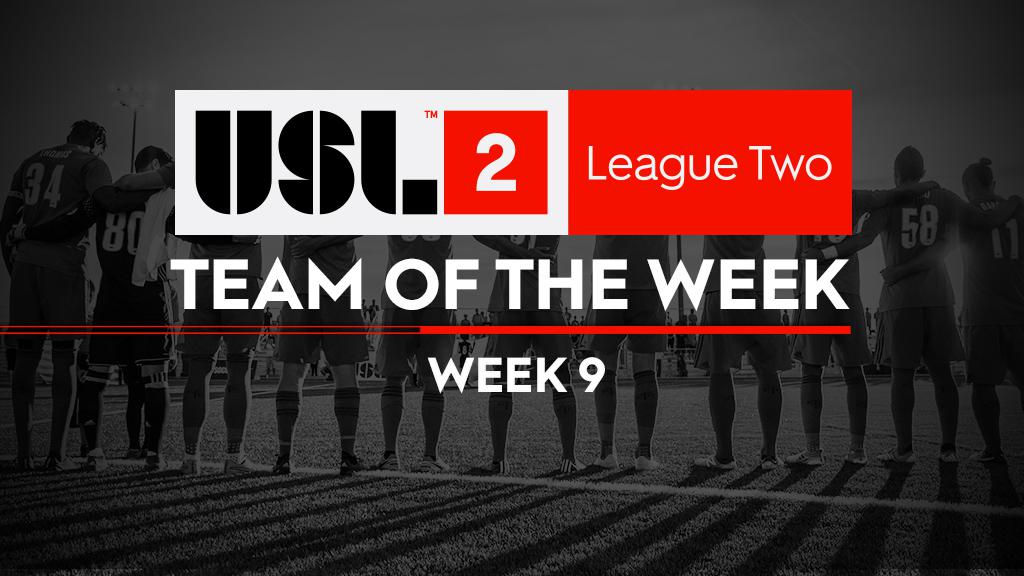 TAMPA, Fla - Some all-around incredible performances from across the league last week and five defenders have made the cut for this weeks Team of the Week.

Check out the Week 9 All-Conference Team of the Week: 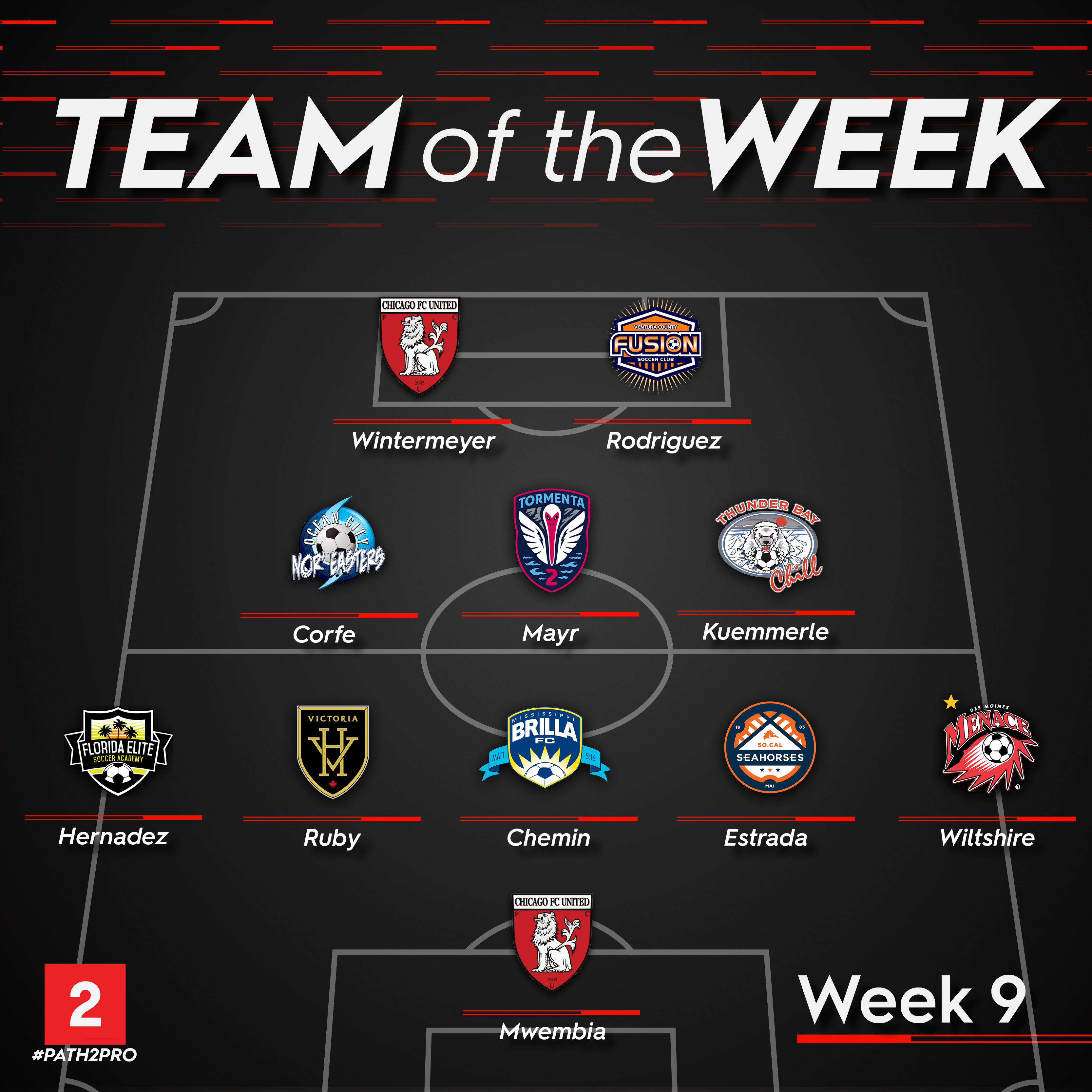 GK - Anthony Mwembia, Chicago FC United: Mwembia started this Saturday in a clean sheet victory over the West Virginia Alliance. The Chicago shot-stopper made four saves in their win over WVA before clinching their playoff spot a few days later.

D - Ray Estrada, Southern California Seahorses: To start the season the Seahorses had one win in six games, now they have four wins in their last four. Estrada has played a crucial part for the Seahorses during this run and started in both clean sheet wins last week while supplementing the attack as well.

D - Jake Ruby, Victoria Highlanders: The Northwest has been highly competitive and Ruby was tossed into it last week against the Portland Timbers U23 where he helped his team not only win but a clean sheet as well. In the 68th minute, he even deflected a sure goal to keep Portland scoreless.

D - Pol Hernandez, Florida Elite SA: Hernandez has been a mainstay in the Florida Elite lineup for the whole season and his performances last week further showed why. Just one goal conceded in two games and a Man of the Match award against FC Miami City led him onto the Team of the Week.

D - Aurele Chemin, Mississippi Brilla: Last week was a bit wild for Brilla and despite conceding a lot, they scored a lot too. With one of those goals coming from Chemin, who also supplied an assist in the same game to help his team and get a result against a strong Brazos side.

M - Deri Corfe, Ocean City Nor’easters: I think Ocean City will start chanting “He scores when he wants,” in reference to Corfe because in the last two weeks it has been the case. In two games last week Corfe scored three goals and registered two assists.

M - Luca Mayr, South Georgia Tormenta FC 2: He has been a dominant midfielder all season and last week scored two crucial goals against SC United Bantams, who sit just behind them on the table.

M - Marco Kuemmerle, Thunder Bay Chill: The Chill played just one game last week but Kuemmerle did get on the scoresheet as he helped his team take down the Voyageurs 2-0 over the weekend.

F - Johnny Rodriguez, Ventura County Fusion: Ventura County has been on a good run of form and Rodriguez played a big role in it last week scoring two goals in two games against both San Francisco teams.

F - Gerit Wintermeyer, Chicago FC United: Wintermeyer has been quite the goal scoring force in the Central Conference. He scored the lone goal against WVA to fully put them in the driver’s seat.