A hat trick of hat tricks, many more goals, and dominant performances headline the Team of the Week! 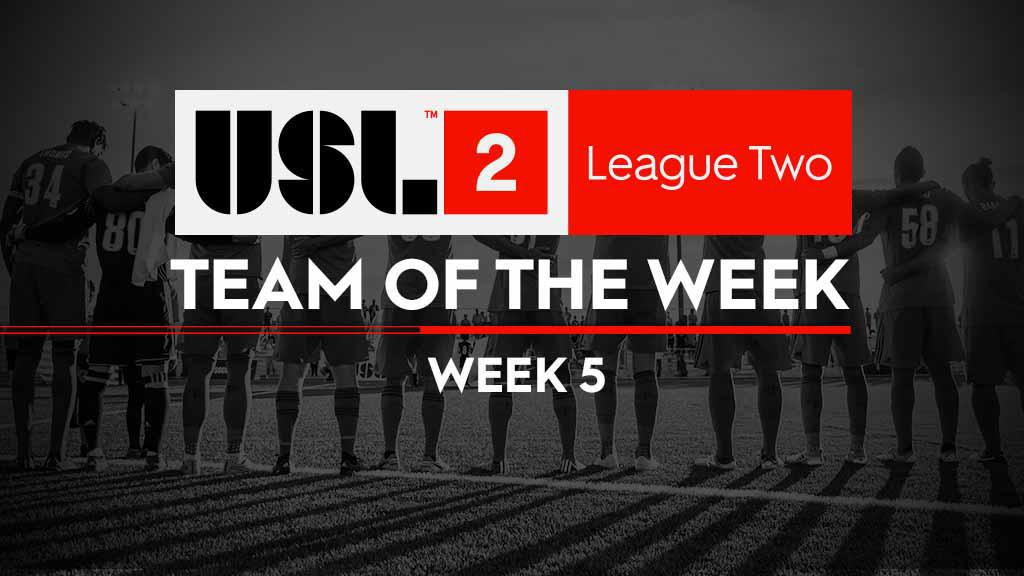 Two players with hat tricks and several other impressive performances headline this weeks team of the week with players representing all four conferences.

Here's a full look at the USL League Two National Team of the Week in Week 5: 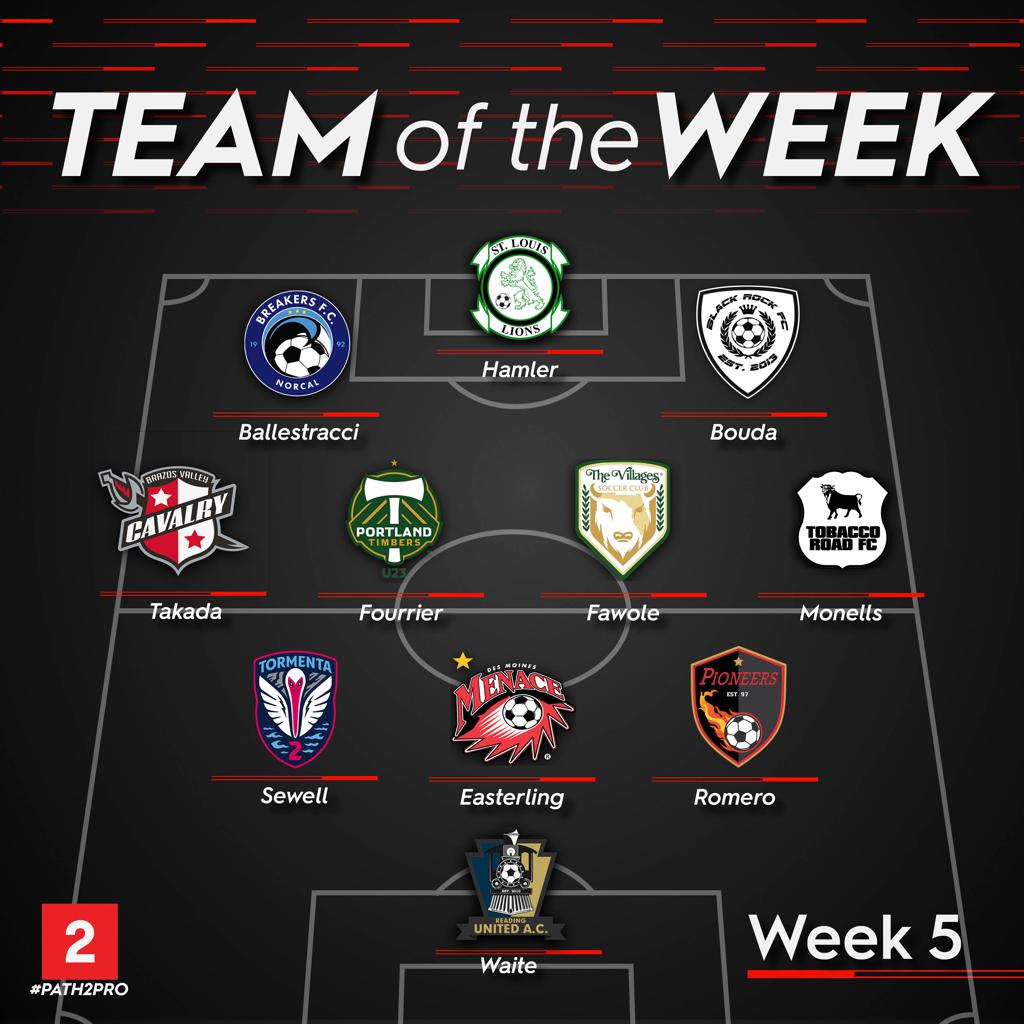 D - Zeron Sewell, South Georgia Tormenta FC 2: Sewell has been pivotal in Tormenta's strong defensive start to the season but added to the attack against the Charlotte Eagles with a strong header in a 3-0 win.

D - Koray Easterling, Des Moines Menace: In the second consecutive meeting of the Menace and Winnipeg, Easterling registered his second assist of the season while playing a pivotal role in the clean sheet.

M - Berti Fourrier, Portland Timbers U23: Fourier was consistent last week registering a goal a game against last years champions scoring the game-winner in the first game and the equalizer in the second.

M - Joshua Fawole, The Villages SC: Played one game last week and was pivotal on both goals in a win against Daytona SC registering a goal and an assist.

M - Pol Monells, Tobacco Road FC: Monells was crucial in both wins for Tobacco Road last week scoring a brace and registering an assist against Wake FC while scoring the lone goal against Virginia Beach United.

F - Ettore Ballestracci, Santa Cruz Breakers: Santa Cruz grabbed another win over the weekend with help from Ballestracci's brace and assist against the San Francisco Glens.

F - Ousseni Bouda, Black Rock FC: The League Two top prospect again finds himself on the Team of the Week after his second hat trick of the season.